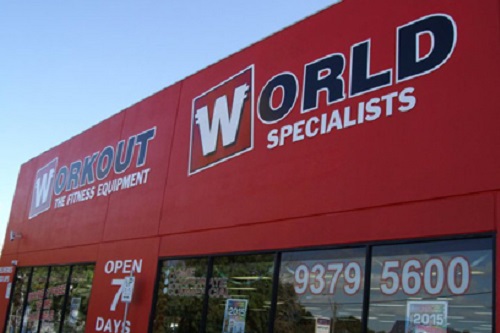 Fitness equipment business Workout World has collapsed into administration less than a month after finalising a deal to sell its key assets to the Super Retail Group.

Administrators Michael Smith and Peter Hillig from Smith Hancock Chartered Accountants have been appointed, with the first creditors meeting scheduled for 12th December.

Piggins had established the business in 1992.

At the time of its acquisition, Super Retail Group announced at the time that Workout World would become part of the group’s sports retailing division, advising that the acquisition would provide the opportunity for the division to build on its fitness product business.

The price paid for the assets was not revealed, with the company stating that it was “not material” and therefore not likely to have an impact on earnings in the short term.

Super Retail Group Chief Executive officer Peter Birtles told SmartCompany that he saw the potential of the brand and was pleased to take it on at the value of its inventory.

Birtles advised "we are in the process of taking on the leases for 21 retail sites.

“The company owned 26 stores, but five were not profitable.”

Employee liabilities have been taken on by Super Retail Group, with a number of staff staying on.

Birtles added that Super Retail Group has not taken on the small number of Workout World franchises, but advised that the company is in discussions with franchisees about their next steps.

Super Retail Group has also not taken on most of the activities of Workout World's commercial fitness equipment division, operated under the Avanti Fitness brand, which distributed brands such as Precor, Octane, Tuff Stuff, Lemond and Hoist.

However, it is understood to have taken on Avanti’s own fitness products under the Avanti brand, although Australasian Leisure Management cannot verify this at the time of writing.

Workout World is not the first fitness equipment business to collapse this year, with Fitness Choice falling into administration in early November.

Image: Workout World stores, now owned by the Super Retail Group, are not affected by the administration.