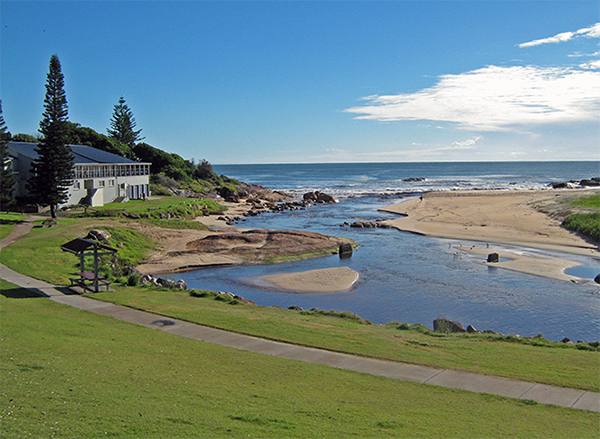 Kemsley advised that “the project will be undertaken in stages over the coming months.

“The existing rock armouring will be replaced with a stepped sandstone block retaining wall, concrete step access and a new ramp for greater access for surf club members and their vehicles.”

At a community meeting and workshop held at the Surf Club in 2017, community members selected the stepped sandstone block retaining wall as the preferred design.

Stage one commenced this week and involves installing the concrete wall footings. Residents should be aware that during this construction there will be an increase in vehicles and a lack of access for pedestrians, with most of the area closed off.

This work is anticipated to be completed by the end of the week, weather permitting.

Stage two will involve positioning the large sandstone blocks on the footings, Stage three will see the construction of the access steps within the wall and Stage four will be upgrading the Surf Club ramp.

The project was identified as a priority project in Council’s 2019-20 Operational Plan. It has been jointly funded by Council and the NSW Government’s Department of Planning, Industry & Environment