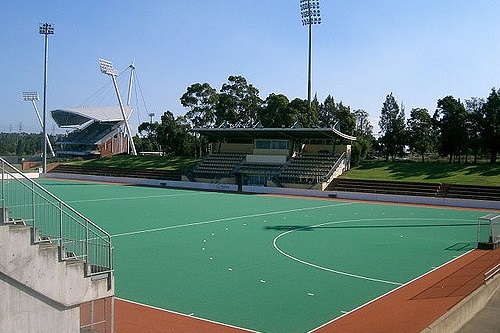 A $1.1 million upgrade is underway at the Sydney Olympic Park Hockey Centre, with the playing surface of the Olympic hockey pitch being replaced ahead of a series of international matches in early 2019.

The project involves the installation of a new ‘global elite’ rated playing surface - the highest level of International Hockey Federation (FIH) certification possible - capable of hosting all levels of competition, from international events through to local games and training.

The pitch is expected to be closed until January 2019 to enable the works, which will include the removal of the existing infield sprinkler pits and re-grading of the field base, before the installation of new supporting shock pads and playing surface.

Sydney Olympic Park Authority Chief Executive, Charles Moore explains “this is the first time the Olympic Hockey Pitch has been replaced in a decade and the result will be the latest and most sophisticated hockey surface in Australia.

“The Hockey Centre is a wonderful legacy of the Olympic Games with a proud history of hosting elite competition and this upgrade will ensure it remains the premier venue in the country.”

One of the first tests for the new surface will come in March 2019 when the Hockey Centre plays host to a series of international clashes as part of the Australian leg of the new FIH Pro League competition.

Pitch 2 at the Hockey Centre will continue to operate as normal during the current works and will be resurfaced at a later stage.

Polytan is undertaking the work, replacing the surface it installed at the venue before the Sydney 2000 Olympics.

For more information go to www.hockeycentre.com.au