Without exposure to nature, Australia is nurturing unhappy future generations 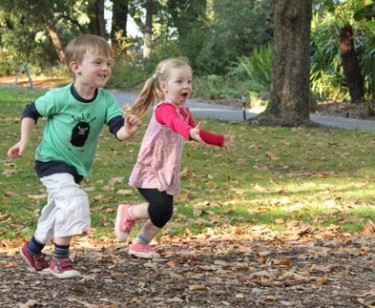 Australia’s increasingly indoor lifestyle is setting a trajectory for a generation of unhappy children who will take that unhappiness into adulthood, yet exposure to nature might have the answer.

A newly-released independent survey commissioned by Planet Ark has found that children who engage in just one third more outdoor activities than their peers grow up to be happier adults.

Released in advance of National Tree Day on Sunday 26th July, the survey Needing Trees - The Nature of Happiness report, sponsored by Toyota, investigates how contact with nature affects people’s life-long happiness and the physiological impacts it has on the brain.

The surveys included in the report used internationally-recognised scales to measure the connection to nature and happiness of participants.

The surveys also showed people with a strong connection to nature are 17% more likely to have at least five close friends in their lives. These results have significant implications, as they show that the amount of time children spend outside influences how happy they will be as adults.

Yet statistics show only one in 10 children today play outdoors more often than indoors, compared to three out of four adults when they were young.

Over the space of a single generation Australians have disconnected from nature, while at the same time there has been a rapid increase in levels of stress and depression, with depression associated disability costing the Australian economy $14.9 billion a year.

Changes are particularly concerning among young people, with a quarter of young Australians saying that they are unhappy with their lives.

Studies have linked this unhappiness with changes in behaviour due to technological advancements, particularly increasing use of screens and social media. Research has shown that screen-related activities stimulate areas of the brain linked with addiction. This implies that Australian children are on track to grow up to be the unhappiest generation so far, with a disconnection from nature and an indoor lifestyle leading to lower happiness levels than their parents and grandparents before them.

Exposing children to environments that reduce stress and increase wellbeing has long-term effects on the structure of the brain and happiness later in life. Nature has the ability to influence happiness because it has direct effects on the brain. Nature reduces the body’s

Response to stress, with these hormones decreasing the more green space a person is exposed to.

Simply looking at nature activates areas of the brain linked with the dopamine reward system, triggering feelings of wellness. 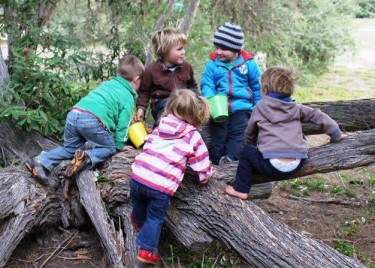 “Spending time outside and in nature is a free and easy way to increase happiness and wellbeing, and incorporating this into the lives of Australian children now could help address the current path that we are on to creating the unhappy generation.”

In light of the findings, Planet Ark is encouraging Australians to get more ‘green time’ into their lives by participating in a National Tree Day activity in their community, workplace, school or backyard.

For more information and to find your nearest Tree Day site go to www.treeday.planetark.org

The Needing Trees - The Nature of Happiness report is based on an independent survey commissioned by Planet Ark, and sponsored by Toyota Australia.

It was conducted by Pollinate, a specialist communications research company, to investigate how contact with nature makes people happy across all life stages. It discusses the long-term implications for today’s children that reduced contact with nature during childhood can have on future happiness and wellbeing.

The report also reviews Australian and international studies that examine the influence of nature on a person’s emotional wellbeing and the short and long-term physiological changes this causes to the brain.

Images courtesy of Emily Barrow (top) and Tania Molony (below).