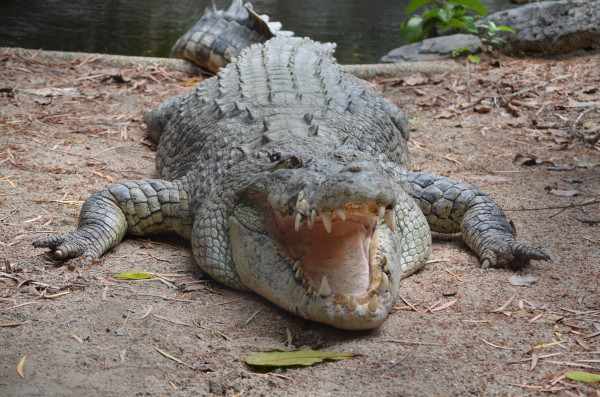 Crocarena will be the first of its kind in Queensland; a crocodile feeding show offering guests the opportunity to view the action from above, below and in the water with the crocodiles themselves.

Purpose-built in a previously inaccessible area of the park, Crocarena will include two grandstands with seating for over 300 people, as well as an underwater viewing area below the grandstands where visitors can watch the feeding at eye-level with the crocodiles.

The showpiece of Crocarena will be the submersion experience, where guests can fully submerge themselves in a cage just metres from Babinda and Sheila, the park’s resident estuarine crocodiles.

The daily feeding show will have above- and underwater video cameras capturing guests’ reactions as they come face to face with the crocodiles, making for an interactive and exciting show.

Following on from the success of Cairns ZOOM & Wildlife Dome, the world’s first challenge ropes course in a wildlife park, Zipline Zoo Adventures will consist of seven exhilarating ziplines throughout the Wildlife Habitat property, including one 170 metres in length. 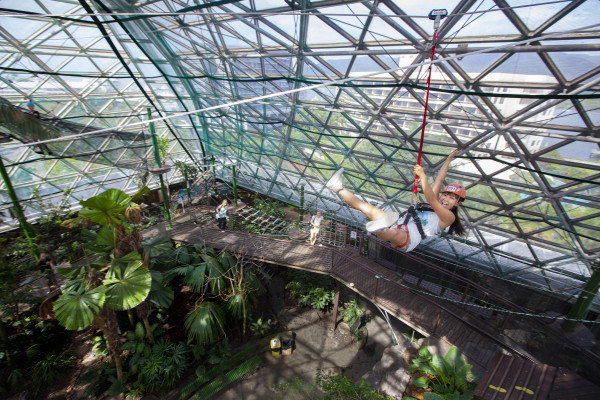 Starting from a 13 metre tower, the zipline course will also include a junior course to cater for younger children, and provisions for a rock climbing wall, abseiling and Power Jump.

Construction for Crocarena and Zipline Zoo Adventures is scheduled to commence in April and is expected to be opened by July.

Chairman of The CaPTA Group Charles Woodward said the developments showed faith in the future of Port Douglas and the region.

Woodward explained “by the time the projects are completed, we expect the investment to be over $1 million, with 10 permanent positions created at the park.

“Tourism is once again moving into a growth phase, so we feel that this is the right time to continue with our expansion of Wildlife Habitat.”

Images: Crocodiles at the Wildlife Habitat in Port Douglas (top) and the current zipline at the Cairns ZOOM (below).