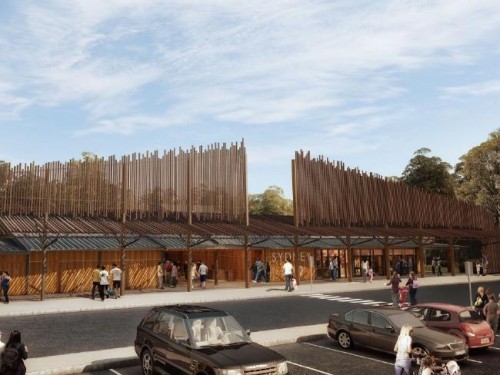 Plans for the ‘cage-free’ Western Sydney Zoo have been referred to the NSW Planning and Assessment Commission for a final decision.

The 16.5-hectare zoo, to be located within the Western Sydney Parklands at Bungarribee, 33 kilometres west of Sydney’s CBD, is being masterplanned by Aspect Studios.

Plans for the privately operated Zoo feature over 30 animal exhibits that will show popular attractions from various regions around the globe as well as native Australian wildlife.

Designed with the desire to connect the attraction with the broader landscape of the surrounding park, the new $36 million zoological park will appear to be free of fences with enclosure devices concealed in the landscape elements.

This strategy allows people to be in close proximity with the animals while at the same time employing best practices in animal welfare.

However, the nearby Featherdale Wildlife Park at Doonside has opposed the development asking why Blacktown City Council and the Western Sydney Parklands Trust have favoured the new development rather than the existing attraction.

Wanting to relocate from its cramped existing site, Featherdale’s owners are upset that the Trust failed to discuss the ­chance to move to Bungarribee, instead awarding the site Sydney Zoo operators John and Jake Burgess.

The Burgess family founded Sydney Aquarium and have stated that they will work in collaboration with the Western Sydney Parklands Trust and the Council to deliver an estimated at $45 million per year in economic benefits and at least 120 jobs during its operation.

Documents claim that the new Western Sydney Zoo will attract 750,000 people a year with over $2 million to be spent by these guests.