Western Sydney organisations band together to protect the region’s wetlands 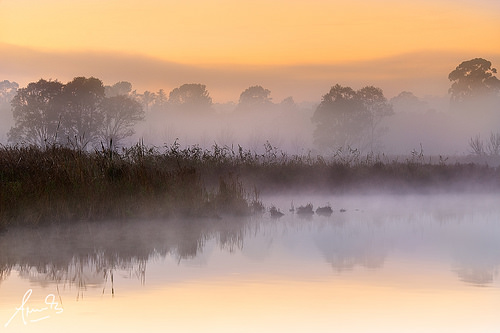 Organised by the Hawkesbury Environment Network (HEN) and supported by the National Landcare Program in partnership with the University, the two-day event saw over 120 locals and stakeholders discuss the region's incredible natural diversity, and plan new methods to better protect the local ecosystem.

Woods explained "wetlands are crucial to maintaining water quality and quantity for the future of our community..

"For too long they have been neglected as the economic value of rural productivity on the surrounding floodplain grew, and became simply the drains to carry stormwater or pollutants back into our river system."

"Researchers, farmers and local agencies need to work together, and this conference is just the first step in making this a reality."

Internationally acclaimed wetland ecologist Phil Straw gave the keynote speech about the importance of mudflats for the shorebirds, which travel between Asia and Australia and rely on several Sydney region sites for rest and breeding areas.

Elizabeth Docking, Community Greening Officer at Botanic Gardens and Centennial Parklands, sees the conference as being a beginning, stating “while our programs do not regularly connect directly with wetlands, the community focussed groups and presenters at the conference have already provided great connections for our programs, specifically in the areas of disadvantaged youth, refugee and asylum seeker groups." 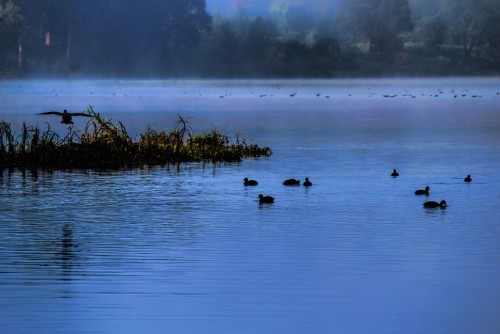 On the second day, participants visited weed covered banks at Yarramundi Lagoon affected by high nutrient inputs, as well as the Pitt Town Lagoon Nature Reserve, where dense reed beds shelter a range of a hundred or more species.

Landholders joined the tour, and gave talks about the changes and problems of local wetlands, from weed infestation, carp, and bank collapse.

Western Sydney University Professor Simon Barrie, Pro Vice-Chancellor (Learning Transformations), says many of the participating organisations are partners in the UN Regional Centre of Expertise network, based in the University's Office of Sustainability.

Professor Barrie stated "this new collaboration is a great example of how we can support each other in thinking globally and acting locally.

"In addition, a wide range of students are involved in this project, granting them real life learning challenges with organisations centered on environmental sustainability."

Further information and contacts may be made through the HEN website www.hen.org.au