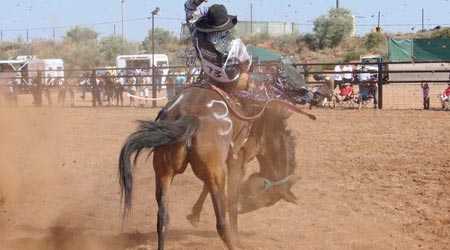 With phrases like "tight rein on expenditure" and "unprecedented decline in revenue", the Western Australian Government’s 2015/16 budget has included few new funding measures, however, tourism and events funding has received a $20 million boost.

The $20 million will include an additional $11 million for regional tourism marketing and $9 million for special events.

"This $11 million is critical if we are to have any chance of competing with states like New South Wales, which has budgeted an additional $125 million to grow its tourism economy."

The budget papers showed additional funding over four years for events funding, but unlike previous years, made no specific mention of the V8 Supercars and Perth International Golf tournament.

Tourism WA confirmed negotiations for both events were well underway and would be accounted for in base funding.

​54 regional events are to be sponsored through Tourism WA’s 2015/6 Regional Events Scheme, including outback rodeos, a wine festival, an Aboriginal gourmet experience and a cycling event.

Western Australian Tourism Minister Kim Hames explained “regional events are a vital part of the Government’s strategy to grow the value of tourism to $12 billion by 2020.

“Events provide incentive for people to travel to a range of metropolitan and regional locations, which helps build local businesses and the State’s economy.

“Of the $8.3 billion visitors spent in WA last financial year, $3.5 billion was spent in regional WA.  We want to see that grow to $4.75 billion in the next five years and regional events are key to that goal.”

Regional Development Minister Terry Redman said the Royalties for Regions investment would help build vibrancy and sustainability in local centres through a combination of tourism income and community involvement.

Amid a reduction in Western Australia's Royalties for Regions expenditure, $18 million has been allocated for a new regional headquarters for the Department of Parks and Wildlife in Bunbury.