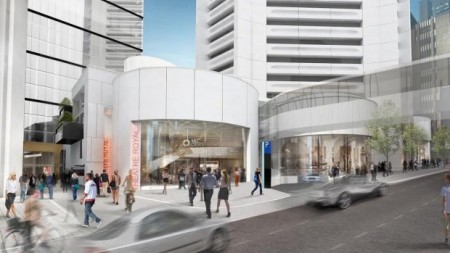 Leading West End and Broadway operator Ambassador Theatre Group (ATG) is to enter the Australian venue market with the announcement that it will become part of the upgrading and later management of the Theatre Royal in the MLC Centre in Sydney.

The Theatre Royal, part of the MLC Centre and situated on King Street, is Sydney’s oldest theatrical institution and one of the city’s premier commercial theatre venues.

Within a broad vision to redevelop the MLC Centre as a vibrant location to shop, socialise and enjoy cultural events, co-owners QIC and The GPT Group have agreed terms with ATG for the lease and management of the Theatre,

With a seating capacity of more than 1,100, the Theatre Royal will undergo a major refurbishment under management by ATG, providing a significant boost to the Sydney arts and cultural community and guaranteeing a promising future for one of the city’s landmark venues.

ATG, the world’s leading live theatre company founded by Sir Howard Panter and Rosemary Squire, own and operate 40 venues and counting in the West End of London, across the UK and Broadway.

They are also an international award winning production company, as well as the world’s market leader in theatre ticketing.

ATG’s Asia Pacific operations are headquartered in Sydney and they are an active theatre producer in Australia, with recent productions including the award-winning Legally Blonde the Musical; Thriller Live; Guys and Dolls; West Side Story and the recent hit production of The Rocky Horror Show.

ATG founder Sir Howard Panter said that having produced shows in Australia for a number of years, ATG has fallen in love with the MLC Centre and the Theatre Royal and it will be working with the MLC Centre co-owners on a major refurbishment of the theatre to improve its facilities and create a premium experience for theatre patrons.

Sir Howard stated “we plan to showcase the very best of theatre from Australia and the rest of the world, placing the MLC Centre and the Theatre Royal firmly in the centre of Sydney’s theatrical life.” 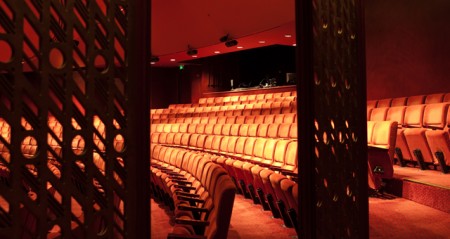 ATG Asia Pacific Chief Executive Tim McFarlane added “for ATG this heralds the dawn of its venue management operations in Asia Pacific, a region that will play a major part in our international expansion plan.”

Looking to quickly expand, ATG is also in active discussions with other Australian venues with developments underway to manage theatres in Parramatta and each of the Australia’s state capitals while also beinginvolved in one of the bids for venues at Barangaroo Central.

ATG is also expanding in Korea, Japan, Singapore and China, with new productions also earmarked for these territories.

The company will now have a 15-year lease to renew and operate the Theatre Royal, as part of the $150 million redevelopment of the podium and plaza of the MLC Centre.

Commenting on the redevelopment, McFarlane, said the theatre would have a "new lobby, new facilities and more comfortable seating."

In particular he stressed the new Theatre Royal would have more toilets for women.

The seating capacity, of around 1100, will not change.

Hourigan stated “the MLC Centre will become home to a new world class theatre, which supports our vision for the precinct as a unique and exciting place, where people gather for both business and leisure.”

The GPT Group is an active owner and manager of a $9.4 billion diversified portfolio of high quality Australian retail, office and logistics property assets and a Funds Management platform with $9.6 billion of assets under management. QIC is one of the largest institutional investment managers in Australia

Co-founded by Sir Howard Panter and Rosemary Squire OBE in 1992, Ambassador Theatre Group (ATG) is the world’s largest live theatre group with a portfolio of 40 venues and counting including in London West End, theatres across the UK cities, the largest theatre on Broadway and The Lyric Theatre (formerly Foxwoods Theatre).

ATG is the majority shareholder of BB Group, one of the leading producers and promoters of premium live entertainment in Europe with a particular strength in touring musicals and dance productions throughout Germany, Austria and Switzerland, as well as building a new theatre in Cologne, Germany with the BB Group.

In addition, ATG presents leading global brands at its venues such as Wicked, Jersey Boys and Disney’s The Lion King.

ATG have offices in London, New York, Sydney and Cologne Germany and are poised to accelerate our international expansion.

Images: An artist's impression of the upgrade proposed for Sydney's Theatre Royal (top) and the Theatre’s current interior (below).