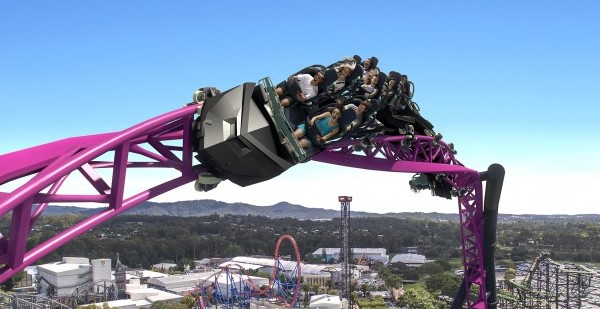 After 18 months of speculation, Warner Bros. Movie World have revealed details of their latest attraction, a ‘HyperCoaster’ that will open at the Gold Coast theme park later this year.

To be known as the DC Rivals HyperCoaster, the ride’s theme continues Movie World’s partnership with the DC Comics brand's superheroes and villains.

With a length of 1.4 kilometres and height of 61.6 metres, the attraction will be the largest roller coaster ever built in Australia and has been described as “the Southern Hemisphere’s greatest ever attraction” and a “game-changer for Australian theme parks”.

Announcing the ride, Village Roadshow Theme Parks Chief Executive Clark Kirby said DC Rivals HyperCoaster will be a world-class ride featuring an array of thrills that guests can enjoy as a family Kirby explained “reaching speeds of up to 115 kilometres per hour, guests will be taken on an exhilarating journey as they experience 4.3G forces and a series of twists and turns along the 1.4 kilometre track, almost double the length of any other ride on the Gold Coast.

“The DC Rivals HyperCoaster will also feature a world-first train design giving selected riders the opportunity to ride backwards as they take on one of the world’s first non-inverted loops.

“Announcements such as these reinforce Movie World’s continued commitment to providing world-class experiences and cement the parks’ position as one of Australia’s premiere tourist destinations.” 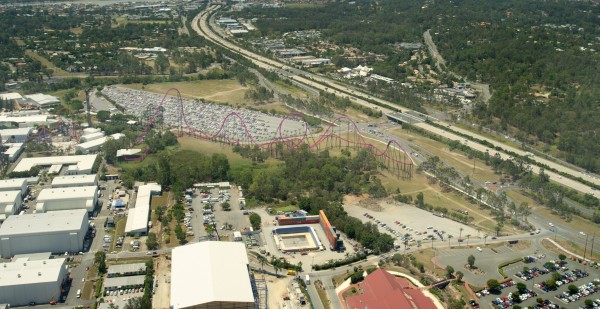 The attraction’s construction, highly visible from the Gold Coast’s M1 motorway, has been the subject of speculation by theme park enthusiasts over many months.

DC Entertainment is the home to iconic brands DC (including Superman, Batman, Green Lantern, Wonder Woman and The Flash), Vertigo (Sandman, Fables, etc) and MAD, is the creative division charged with strategically integrating its content across Warner Bros. Entertainment and Time Warner. DC Entertainment works in concert with many key Warner Bros. Divisions.