Waikato/Bay of Plenty preferred tenderer for cycling centre of excellence 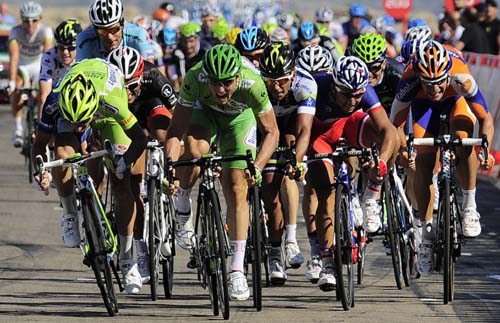 Negotiations will soon be underway with Waikato/Bay of Plenty after SPARC's High Performance Board selected the region as the preferred tenderer to develop a national cycling centre of excellence.

Last year the New Zealand Government announced plans to work with partners to develop a national cycling hub, as part of a major investment in, and re-shaping of, high performance sport.

The cycling centre of excellence will be part of a network of world-class facilities around the country and will include both an international-standard indoor velodrome and community facilities. The Government is making a $7 million cornerstone investment in the project to help provide New Zealand cyclists with the best facilities to ensure future success.

A tender process to decide where the centre will be built has been underway since October last year. Proposals had to meet a number of requirements, including the development of a world-class velodrome and support facilities, and sound ownership, operational and funding models.

Waikato/Bay of Plenty, Palmerston North and Auckland were short-listed from seven regions which submitted tenders and the next step in the process is today's announcement of the preferred tenderer.

SPARC Chief Executive Peter Miskimmin said a national cycling centre of excellence would be a huge asset to New Zealand and was exciting for the continued development of the sport.

Miskimmin said SPARC, BikeNZ and Waikato/Bay of Plenty would now enter into negotiations on technical and commercial details such as the centre's layout and design, and the construction and delivery timetable.

If agreement cannot be reached with Waikato/Bay of Plenty during the velodrome negotiations, SPARC has the option to negotiate with one of the other short-listed tenderers.

As outlined in the RFP process, SPARC will not comment on the specifics of the bids until the tender process is completed, with the successful tenderer to be announced on 6th May.

Miskimmin said SPARC and BikeNZ officials are scheduled to de-brief regions which missed out to explain why their tenders were unsuccessful.