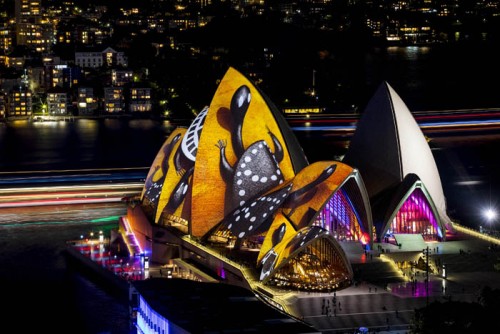 Ignatius Jones, one of the world’s leading major event directors and creative director of Vivid Sydney, has joined the program for the Australian Event Symposium to shed light on the creative process behind the world’s largest festival of light, music and ideas which in 2016 attracted a record-breaking 2.31 million people.

The Event Symposium will be held at the Novotel Twin Waters Resort on the Sunshine Coast on 22nd and 23rd September 2016.

The festival has been instrumental in transforming what traditionally had been a quieter period for the visitor economy, to one of the year’s busiest, injecting over $63 million in visitor expenditure for New South Wales.

Jones will join a number of other creative directors from significant Australian events and festivalsspeaking on the first day of the Symposium, including Amanda Jackes from Woodford Folk Festival, Andrew Walsh from White Night Melbourne, David Malacari from Ten Days on the Island and Joanne Chadwick and Sally Heading from Santos Tour Down Under.

The second day of the Symposium will comprise a series of sessions handling a diverse range of topics including social media, sponsorship, destination marketing, crowd safety, event security and volunteer management.

The Symposium is being held in conjunction with the Australian Event Awards, the national awards program for the events industry.

The Australian Event Awards ceremony will take place on 21st September, the night before the Event Symposium begins, also at the Novotel Twin Waters Resort.

Entries for 21 categories in the Event Awards are open until 25th July and can be submitted online at www.eventawards.com.au

Click here for details of the Australian Event Symposium in the Australasian Leisure Management industry Calendar.