Village Roadshow’s theme parks division has revealed an 8.4% decline in attendance at its Gold Coast attractions over the peak summer period, largely due to the impact of the Dreamworld tragedy in October last year.

The entertainment group's half year results presentation declared a net loss of $6.7 million compared to $3.5 million in the previous corresponding period due to losses from material items after tax of $25.9 million.

Revenue from its Gold Coast theme parks - Warner Bros. Movie World, Sea World, Wet’n’Wild, Paradise Country and Australian Outback Spectacular - was slightly down at $38 million compared to $38.7 million for the first half of the current financial year.

In addition, its Wet'n'Wild Sydney waterpark saw attendance drop by 10.4% for the six month period, recording a loss of $1.9 million, up from last year's loss of $1.7 million for the same period.

The results follow on from an earlier trading update in late January that reported a 12% drop in attendance - mostly attributed to Gold Coast locals as interstate and international visitor numbers remained steady.

Despite the drop in attendance numbers, overall revenues across Village Roadshow theme parks, which also include Wet’n’Wild Las Vegas , held steady for the six month period and the division reported the same $12.1 million profit before tax as the corresponding period last year.

Village Roadshow Limited (VRL) Chief Executive Graham Burke said, while the Dreamworld incident had impacted on business, its effects will ebb and visitor numbers will return to normal reasonably quickly.

Burke said that Village has the “most rigorous safety standards in the industry” and the chances of being hurt at one of its theme parks is one in 300 million explains “compare that to a one-in-70,000 probability of being hurt driving home from Gold Coast Airport.

“People can take one of our rides with the same confidence they have when they board a Qantas or Virgin flight.” 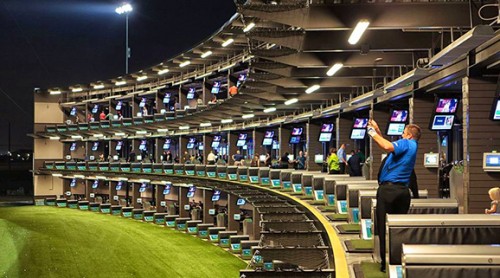 For the full financial year the company said it expects the division to deliver pretax earnings below the previous year’s $80.1 million, but the final figure will dependon special-offer sales.

Village Roadshow Finance Director Julie Raffe commented “where we will end up at the full year is really quite heavily dependent now on the (member) renewal program in May and June."

The company also indicated that it would scrutinise its capital expenditure - a move that might see a slow down in attractions development at the theme parks.

Not necessarily linked to this, the group has advised that the opening of its Topgolf sport and entertainment centre will now be in 2018. When revealed last year, an opening in mid-to-late 2017.

Distancing Village from a possible co-funded campaign with the Queensland Government and Ardent Leisure to promote the theme park industry on the Gold Coast, Burke added “we don't want to do anything with Dreamworld. We want to sell our theme parks."

Images: The Superman ride at Warner Bros. Movie World (top) and the Topgolf concept (below).