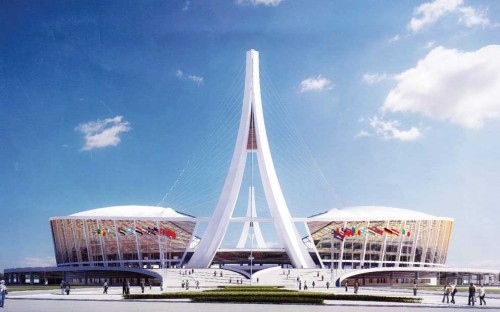 Reports that Cambodian Prime Minister Hun Sen had cancelled the country’s hosting of the 2023 Southeast Asian (SEA) Games last week has caused confusion among sporting officials throughout the region.

A “translation error” by a local media outlet following comments by Prime Minister Hun Sen over the high costs of hosting the region’s premier sporting event, was reportedly to blame.

As quoted by the Khmer Times during a speech at a ceremony for a new bridge, Prime Minister Hun Sen commented “the government is trying to save money.

“If we want to host the SEA Games, we have to spend millions to make venues for the sports and for athletes to stay, and we’d rather put that money toward building more bridges and roads.”

During the subsequent uncertainty, Cambodia’s National Olympic Committee (NOC) was quick to reassure its regional neighbours that the Games would go on.

However, Prime Minister Hun Sen’s public questioning of the costs of hosting the SEA Games does raise issues about the viability of developing economies hosting major sporting events with Philippines President Rodrigo Duterte having suggested that his country’s hosting of the 2019 edition of the Games might be scrapped.

The Philippines took on the hosting rights for the 2019 Games after neighbour Brunei withdrew from its hosting.

Holding the SEA Games – and the 30 to 40 sports that come with it – requires a major investment in infrastructure and human capital. This has not stopped some of the region’s poorer nations, Laos and Myanmar, from playing hosts in the past decade.

For Cambodia, the bill will run into the hundreds of millions of dollars.

NOC Secretary General Vath Chamreoun told Channel NewsAsia “this is a concern, but when we have proper savings over a period of time, we don’t think that we are taking a big risk.

“This infrastructure will be a great legacy for the next generation, for them to train and educate themselves, both mentally and physically.”

The showcase venue for the 2023 Games is the purpose built 60,000-seat stadium, currently being built as part of the Morodok Techo National Sport Complex, 15 kilometres north of Phnom Penh.

The entire project – at a cost of US$160 million - is being paid for and constructed by China, as a "symbol of friendship".

Similarly, Beijing has stepped in to construct stadiums in Myanmar and Laos, part of a wider investment and soft power strategy in South East Asia.

Even with Chinese backing, the greater risks for Cambodia come if their new sporting complexes become white elephants after 2023.

Making proper use of a modern swimming complex and multi-thousand seat stadiums for several other indoor sports could prove unrealistic for Cambodia’s fledgling sporting sector, despite promised budget increases for sporting development in the coming years.

Chamreoun says the NOC and Government have solid, commercially minded plans to ensure that does not happen after 2023, adding “our concept of building the infrastructure is a business concept because our stadium has shopping inside, has a hotel inside.

“The success of big sport events is success for the whole nation. It means that our nation has a good reputation. It is an event bringing unity and friendship and peace in region and in the world.”