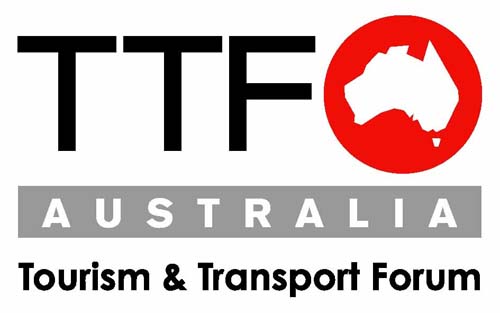 Pro-development lobby group Tourism & Transport Forum (TTF) has denied reports that it is providing disproportionate support to the NSW Liberal Party, or that its Chairman Bruce Baird is stepping down.

The reports came out of the ABC current affairs program 7.30 NSW, broadcast on Friday 2nd May, is a segment title Dirty Laundry.

“The well-respected Bruce Baird has said he wants to avoid any perceived conflict of interest and has acknowledged his role in lobbying ministers on two or three occasions."

It added that while Advocacy Services Australia had donated to both political parties over the past decade, its biggest recipients were NSW divisions of the Liberal Party, with about $250,000 in cash and contra “doled out for dinners, forums and campaign donations”. It said Bruce Baird was still listed by the Australian Securities and Investments Commission as a Director of Advocacy Services.

Few in  tourism may have heard of Infrastructure Partnerships Australia (IPA), but after the program was screened, IPA rapidly release a joint statement with the TTF.

"This inference is unfounded, which would have been easily verified with the basic professionalism of a telephone call to either the Tourism & Transport Forum, or Infrastructure Partnerships Australia.

"The 7.30 New South Wales program did not contact either TTF or IPA to seek information about any aspect of this story.

"The structure was created in 2008 following TTF’s establishment of IPA as an independent national organisation representing the public policy interests of the infrastructure sector.

"TTF is the peak national industry group for the tourism, aviation and transport sectors.

"This structure provides for TTF and IPA to share corporate overhead costs, while continuing to represent their respective industries.

"TTF and IPA are transparent organisations which attend political events in the interests of their respective sectors.

"This is demonstrated by information available in the public domain which shows a symmetrical distribution of donations across the ALP and Coalition.

"The program also erroneously stated that TTF Chairman Hon Bruce Baird AM had announced that he had stepped down from TTF.

"This is incorrect. Mr Baird has stated that he will not be involved in any NSW-based advocacy. Mr Baird remains Chairman of TTF and a director of Advocacy Services Australia."

For over a decade prior to his leaving in 2010, TTF was headed by Chris Brown, whose father John Brown was a former Federal Labor Tourism Minister.