Tourism can be Australia’s fastest growing industry this decade 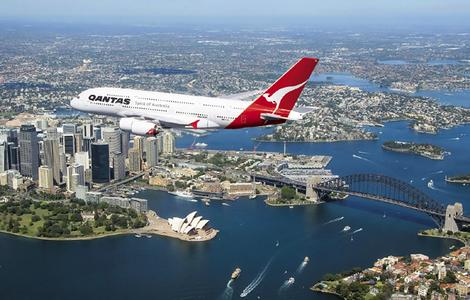 Federal Minister for Trade and Investment Andrew Robb has shared his belief that tourism can be the fastest growing sector in Australia during the present decade.

Minister Robb added “(this) is a bold but attainable ambition due to the never-to-be-repeated phenomenon going on in the region around us. Tourism is already our largest services export.

“Last year, 100 million Chinese went on an international holiday. The Chinese tell me that by 2020 this is set to double to some 200 million. So the opportunities are immense but they will not fall into our laps.”

Ministerr Robb said aviation, visas and infrastructure have been identified as priorities in 2015 to ensure Australia can surf the tidal wave of demand ahead.

On the aviation front, the government recently announced a tripling of air capacity over two years between Australia and China from 22,500 seats per weeks to 67,000 per week, secured just in time for the recent Chinese New Year festival.

Robb also highlighted that Australia needs a massive growth in the supply of premium hotel rooms, with an an additional 20,000 new rooms – the equivalent of 16 new hotels per year -by 2020. To this end, tourism has been identified as one of only five 'National Investment Priorities', with Minister Robb having personally conducted 54 investor roundtables in 23 countries.

Expressing a preference for new “five or six-star hotels” to be built to help promote Australia as a premium brand, Minister Robb highlighted the recent major announcement from the Dalian Wanda group for a $900 million triple-tower, beachfront resort on the Gold Coast, the ‘Jewel’ and the ‘Goldfields’ building in Circular Quay.

He stated "these are the sorts of premium investments we will need to ensure tourism can meet its potential as the fastest growing sector this decade." 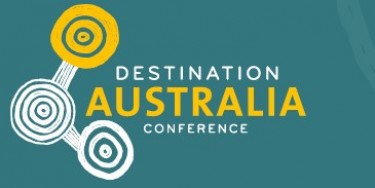 Tourism Accommodation Australia acting Director Carol Giuseppi agreed with the Minister, telling The Australia that areas most in need of more rooms were Sydney and Melbourne where “huge growth in occupancies” was driving up room rates.

“Then you’re seeing cities like Hobart and Adelaide continuing to track higher occupancies and rate growth.”

However, rather than a total focus on five-star product, Giuseppi said a “diversity of supply” was needed in order to meet a diversity of demand, adding "you still need the three-star and other sorts of accommodation."

The former Westpac marketing executive pledged to develop the digital and social marketing focus started by her predecessor as she revealed that coastal scenery would become a central theme to the agency’s promotional activity.

While other destinations including California and Hawaii have closed the gap on Australia in terms of their coastal offering, Ronson felt it was time to step up the marketing of Australia’s beaches and ocean attractions.

Key to that has been Tourism Australia’s partial funding of a three-part documentary on the Great Barrier Reef narrated by iconic natural history presenter David Attenborough.

Ronson acknowledged that destinations vying with Australia for the tourism dollar had picked up their game and closed the gap on Australia in their marketing of coastal attractions.

She tol d Mumbrella “lots of competitors have woken up and are using their own aquatic and coastal assets to market themselves and that is appealing to consumers.

“We sill have an advantage and are quite a way ahead but not as far as we might have been. We need to make sure we stay top of mind.

“It’s about reinforcing the message of what we have in Australia.”

She stated that The Great Barrier Reef, the third biggest draw for international tourists behind beaches and wildlife, will play a major role.