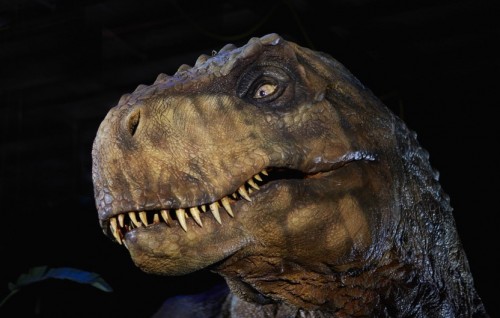 The Jurassic World touring exhibition has been a massive success in its first month of operation, selling more than 100,000 tickets.

A collaboration between Imagine Exhibitions and Universal, the impressive ticket sales for the event at Melbourne Museum set a record for an exhibition presented by the institution.

Making its debut in Melbourne ahead of a global tour, Jurassic World: The Exhibition, has kept an eye on attention to detail, with palaeontologist Jack Horner, who also served as a palaeontological advisor for Jurassic World and worked with the development team to create interactive educational elements to teach visitors about the prehistoric creatures.

Featuring incredibly lifelike animatronic dinosaurs from Jurassic World, the exhibition was created by the Melbourne-based Creature Technology Company, which has previous experience having created the arena show version of Walking with Dinosaurs.

Melbourne Museum Manager Gordon White commented “we knew that it would be popular, but it’s been fantastic to see such a range of people enjoying the exhibition.

"Melbourne Museum’s permanent galleries showcase our world-renowned paleontological work, so with Jurassic World: The Exhibition we are combining an international touring exhibition of the highest quality entertainment with what Melbourne Museum does best – real and accessible science.

“It’s great to have this amazing exhibition on offer for all the dinosaur enthusiasts out there.”