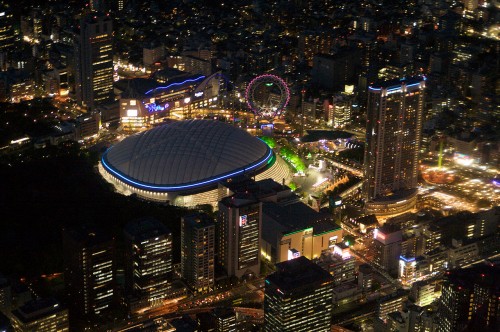 Tokyo Governor Yoichi Masuzoe has defended a controversial review of venues for the 2020 Olympics, a move critics say would break the city’s original pledge for a compact and environmentally friendly Games.

The Japanese capital, which will be hosting its second Olympics, had promised a compact Games with 85% of the venues located within an 8 kilometre radius.

However, to reduce costs, the Tokyo Prefecture is now looking at using existing venues outside of Tokyo.

Masuzoe recently told reporters at the Foreign Correspondents’ Club of Japan in Tokyo "not only distances, but the budget should be compact too."

In June, Masuzoe told the Metropolitan assembly and the International Olympic Committee (IOC) that his administration would have to review venue plans, largely because of rising construction and labour costs.

Under the review, volleyball, basketball and badminton may be staged at existing facilities well outside the 8 kilometre ring instead of at facilities to be built at a waterfront area near the Olympic village. Another bone of contention is the construction of the canoe slalom course at a seaside park that is home to rare wild birds, sparking objections from a national group of bird lovers.

Sailing events at the planned Wakasu Olympic Marina are also under review as the waters near the planned marina site are inside an extended approach zone for one of nearby Haneda Airport’s runways.

This is problematic, according to sources, because sailing races require helicopters to fly overhead for media purposes.

The IOC warned Tokyo after a recent site inspection that any plans to switch venues will first have to be approved by the relevant sport’s governing body.

However, Masuzoe responded “if you have the transportation system, with which we can bring athletes at 100 kilometres an hour, you can bring them in half an hour."

Tokyo officials estimate the total cost of venues at around 150 billion yen (US$150 million), including the construction of 10 new facilities, although some assembly members fear the price could more than double.

Tokyo, which staged Asia’s first Olympics in 1964, beat Madrid and Istanbul for the rights to host the 2020 Games in an IOC vote in September last year.

Image: The Tokyo Dome by night