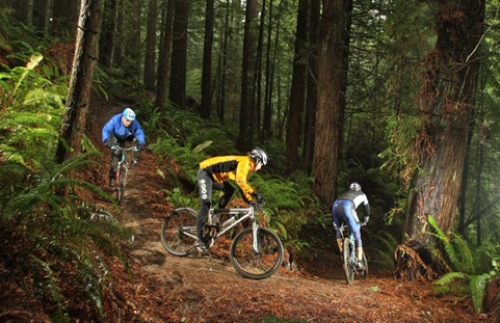 The Redwoods in Rotorua has once again been recognised as a top cycling spot with the presentation of the Bike Wise 2016 award for New Zealand’s best off-road or adventure ride.

The Favourite Places to Cycle award, now in its third year, seeks to identify and promote great cycling infrastructure throughout New Zealand and this year has proven even more popular with 10,000 nominations and votes received. 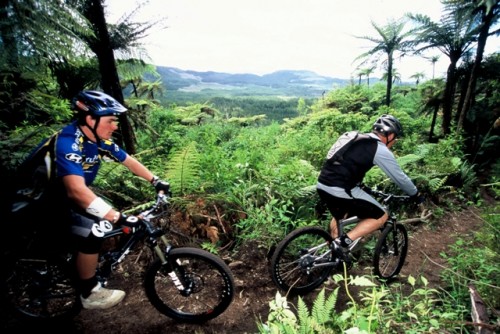 Also present were members of the Rotorua Mountain Bike Club, Rotorua Trails Trust, and Mountain Bike Rotorua, who have been instrumental in maintaining the Redwoods track, as well as Mike Van der Boom of the Bike Wise co-ordination team.

Mayor Chadwick thanked all those that had contributed to making the course so successful and said the award built on helping to make Rotorua the mountain biking capital of the world.

List conveyed congratulations to Rotorua and also thanked all those who contributed, stating “as a mountain biker myself I really appreciate all the effort that goes in from all the hundreds of volunteer hours, the huge support from Council and other partners into creating what is truly a world class mountain biking destination.” 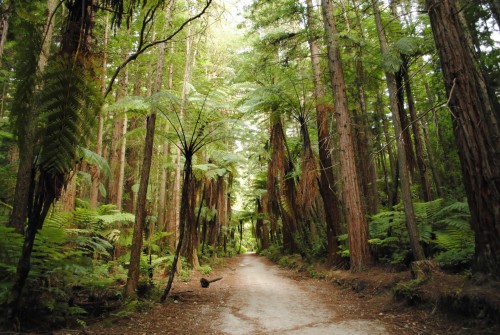 The presentation was made at the Waipa Car Park, which is scheduled for a major upgrade in the coming months.

Rotorua Lakes Council will contour and fill the site from late May and the surface will be prepared for sealing a formed carpark in the spring.

While the construction is taking place, temporary car parking will be available on the event space immediately beside the existing car park and Mountain Bike Rotorua will relocate a short distance to the other side of the main access track to the trails.