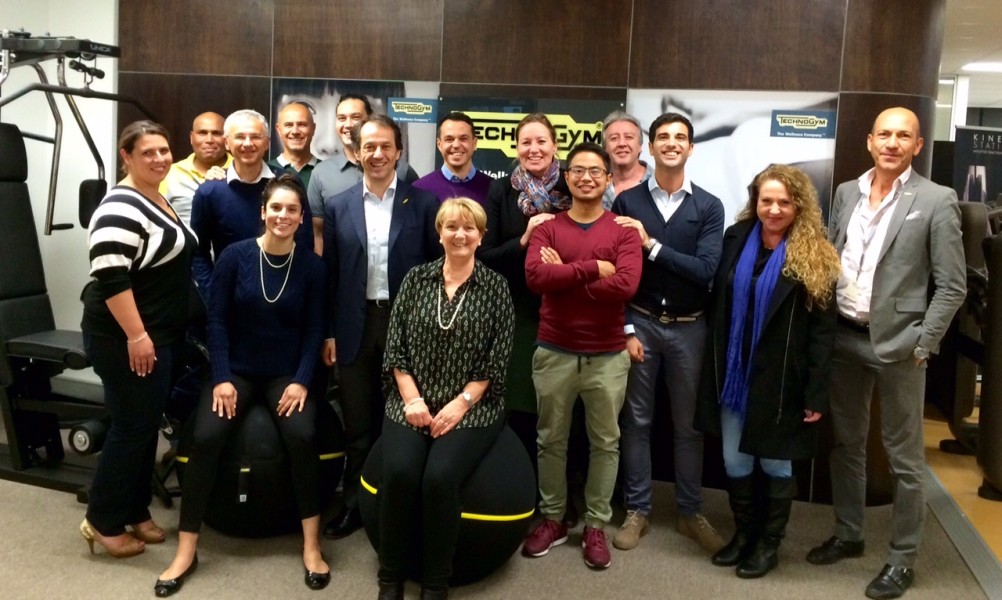 Pierluigi Alessandri, co-founder of fitness and wellness industry leader Technogym, has arrived in Australia during a trip to the Italian based company’s business interests in the Asia-Pacific region.

Working side by side with his older brother Nerio - Technogym’s Chairman - since the very first day of the business’ trading in October 1983, Pierluigi has seen Technogym grow from the two brothers, to a global business employing 2,200 people across 14 worldwide subsidiaries.

Technogym Australia, which is headquartered in Sydney and opened in 2007, is the second youngest branch of the Italian group and comprises 30 people.

Making only his second time trip to Australia, Alessandri recalls “my first time marked a milestone for Technogym, as we were celebrating our first nomination as Official Suppliers of fitness equipment at the Olympic Games.

“Since Sydney 2000, thousands of upcoming and current Champions train with Technogym, including the Rio Olympic Games in 2016.

“A lot has changed in 15 years, in 2000 we were a relatively small B2B European company, now we are becoming more and more a global consumer ‘lifestyle’ brand.

“However what drives us is the same mission: to help and inspire people to live a better life, achieving their personal Wellness wherever they are: in the gym, at work, at home and on the move – thanks to the brand new Technogym mobile App.”

One of a hundred international sports team training with Technogym, the Chelsea FC squad has been training with Technogym’s top-of-the-range ARTIS® equipment, as well as its range of free weights, benches and accessories, creating a fully comprehensive gym that caters for the club’s every training need from the first team through to the Academy and Ladies.

Carlos Lalin, Chelsea first team fitness coach, says “Technogym has a reputation for excellence in the design and manufacture of fitness equipment for elite athletes.

“As one of the leading clubs in the world, it is natural that we should work with the best. We are pleased with our choice and hope this will help us achieve even more in the coming years.”