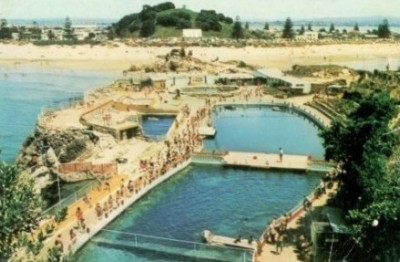 The Tauranga City Council has rejected a proposal to rebuild the ‘Leisure Island’ waterpark on Mount Maunganui's Moturiki Island.

A campaign to reinstate the former aquatic and marine mammal attraction had been advanced by Tauranga resident Catherine Hunt over several years, with Hunt organising a petition that gathered 1688 signatures supporting her idea.

However, Tauranga Council unanimously agreed not to support the petition this week, with Mayor Stuart Crosby saying that Moturiki Island was no longer an appropriate site for this type of activity.

Connected to Mount Maunganui beach by a man made land bridge, Moturiki Island was the home of the Marineland Park aquarium from 1966 to 1981, and was then reconstructed into Leisure Island, a waterpark with swimming pools, bumper boats and hydro slide (waterslide), which operated until 1990.

Since closing the pools have been filled in, trees had been planted and the land has been restored to its natural state. 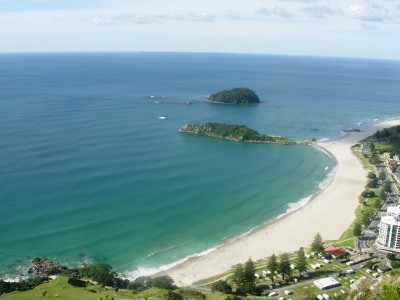 Today, a flat area of green grass marks the spot where attractions used to be located while the island is popular as a place for walks and rock climbing.

Hunt’s petition was entitled 'Bring back the fun to Leisure Island: Enjoyed by everyone ... Your support is needed to have a great water funpark on the island. Please sign and register your support.'

Moturiki Island is a site of historical significance to Tangata Whenua. It was originally a defended Maori Pa site with the terraces being clearly visible until 1940. In 1910, a quarry was established taking rock from the southern edge of the Moturiki Pa for the construction of the Tauranga to Taneatua and Tauranga to Waihi railway lines. The quarry was closed in 1926.

In 1966 the old quarry site was leased out for the Marineland Park.

Images show Leisure Island in its days as a waterpark (top) and Moturiki Island today - middle of picture (below).