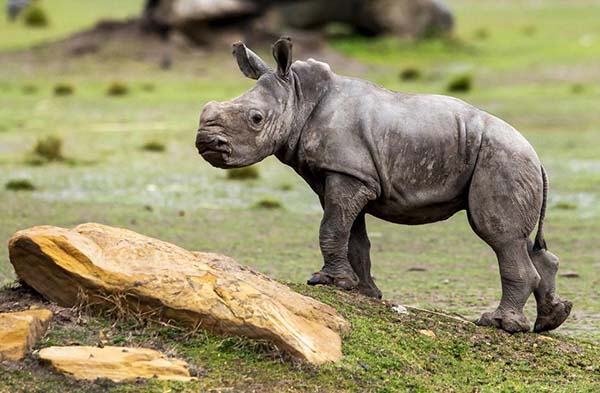 On this World Rhino Day, Sunday 22nd September 2019, Taronga Western Plains Zoo highlights the continued threat to the Rhino while also celebrating the day with the naming of their White Rhino, Meeka, meaning brave and strong-hearted, which is of African origin.

Despite rhinos having roamed the earth for 14 million years, in this present day there’s a very real threat that the last five remaining species may become extinct.

Taronga Zoo as a founding member of the International Rhinoceros Foundation (IRF) help fund monitoring and anti-poaching patrols in Zimbabwe as well as providing veterinary treatment and rescue at-risk rhinos, moving them to safer grounds.

Due to these intensive efforts, the Zimbabwe population of Black Rhinos is now the fourth largest African population.

“The horns now hold a greater street value than gold and it has become the new cocaine, the white powder of choice for the social elite in some overseas countries. It’s thought that the horns can cure cancer, are powerful aphrodisiacs and can treat a number of ailments, but the horns are made out of keratin. They have no medicinal powers at all and would have the same effect if we ground up our fingernails and swallowed them.”

Kerr adds "the numbers of rhinos being poached each year isn’t sustainable. The International Union for Conservation of Nature (IUCN) has listed the Sumatran Rhinoceros as one of the 100 most threatened species across the world that would disappear from our world altogether if nothing was done to protect them.

“At Taronga (Zoo), we are serious about wildlife conservation and are working hard to help rhinoceros through our Zoos’ programs and also in the wild.

“Our vets, pathologists and reproductive biologists are also working closely with the staff of Indonesia’s Way Kambas Sumatran Rhino Sanctuary.”