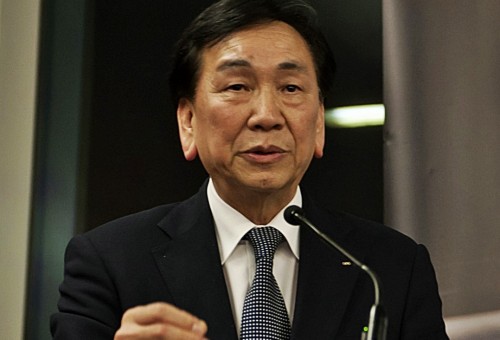 Wu Ching-kuo's bid for the International Olympic Committee (IOC) presidency can be seen as a bonus for Taiwan as it will give the country greater visibility on the international stage, local sports leaders said Wednesday.

The candicacy of Wu, aged 66, Taiwan's only IOC member, is seen as a bonus for Taiwan as, according to local sports leaders, it will give the country greater visibility on the international stage.

Chinese Taipei Olympic Committee President Thomas Tsai said that Wu's move help to build confidence in Taiwanese sport, stating "we're all very proud of Wu, who has made it into the upper echelons of world sport.

Tsai told CNN "I am very delighted that Wu has made that decision, and if he is elected, he will be the first Asian to sit in the top position in the world's most influential sports organisation."

Jacques Rogge of Belgium, the incumbent IOC President, will finish his 12-year-term this year, with the election to replace him to be held during an IOC session in September in Buenos Aires.

Tsai added "although it is a fierce competition, we are confident that Wu's long experience with the IOC and his seven-year leadership of the International Boxing Association (AIBA) can pull him through."

Wu was a member of the IOC's International Olympic Academy, Cultural Commission and Olympic Games Study Commission, and was elected last May to the 15-member IOC Executive Board, the decision-making body of the Olympic movement.

Wu revived and reformed amateur boxing after he took over in 2006 and is acknowledged as for running an honest and transparent organisation with a zero-tolerance policy toward any form of corruption or dishonesty.

An architect by profession, Wu has designed and founded three Olympic-related museums to promote sports, culture and art. One of them, a 144,000 metre2 memorial complex in China, was opened on 21st April to commemorate former IOC President Juan Antonio Samaranch, whom Wu said has praised for having acted as a mentor to him.

IOC Vice Presidents Thomas Bach of Germany and Ng Ser Miang of Singapore declared their candicacy for the IOC Presidency earlier this month, while Other potential contenders include Richard Carrion, an IOC member from Puerto Rico; Denis Oswald, an IOC member and rower from Switzerland; and Ukrainian Sergey Bubka, an IOC member and retired pole vault athlete.