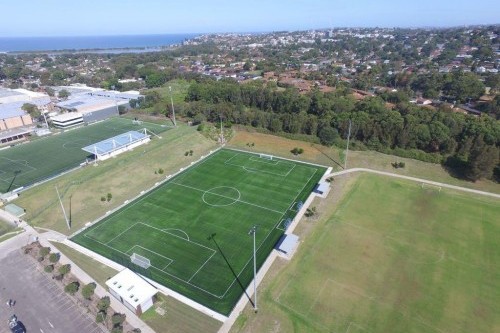 The Northern Beaches Council has this week opened a new artificial turf football field at Cromer Park, in the Sydney suburb of Dee Why.

The new synthetic surface, a second at the venue, was identified as a key initiative in the Council’s 15-year Sportsground Strategy, recognised through community engagement to meet the shortfall of sportgrounds in the area.

The conversion of field 2 at Cromer Park will give local Football NSW NPL1 side Manly United and the Manly Warringah Football Association a second synthetic surface for training and games.

Northern Beaches Mayor Michael Regan advised that last year the Council received over 5,000 submissions sending a clear message that there is not only a need, but a demand for more fields.

Mayor Regan advised “the community spoke and we have listened. It was clear we need to act and make the most of our existing land and address the shortfall in supply.

“We have much more work to do, but the success of this field is a step towards bridging the gap to ensure that everyone who wants to play sport is able to.

“This site provides a consistent, all weather, first class facility which will greatly improve the skill level of all who play and train on it. It also makes Cromer Park one of the best football facilities in Sydney and NSW.” 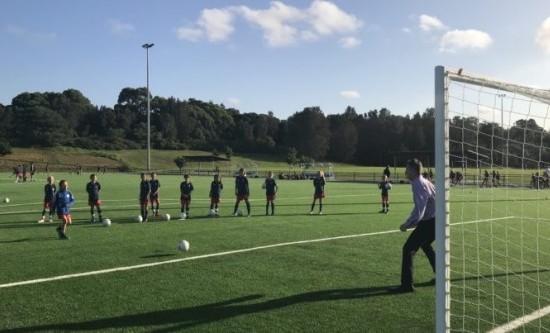 There are many benefits of the new sportsfield including the ability to carry a greater capacity of players, by providing more opportunity for both womens and mens representative teams to play at the same time.

Mason advised that the new synthetic pitch, along with Cromer Park No1, will be made available to the 20,000 players in the MWFA football community with players and teams from 17 local clubs benefiting directly every weekend.

Mason added “this will allow an average of 10 extra local competition matches to be played on a quality pitch every weekend, with matches spread out across all clubs, age groups - Under 12s to Over 45s - and genders.

“The allocation of matches at Cromer Park No 2 will mirror footballs strength of men, women, young and old.”

Images: Cromer Park from the air, with the new artificial field in the foreground (top) and local players try out the new surface (below).