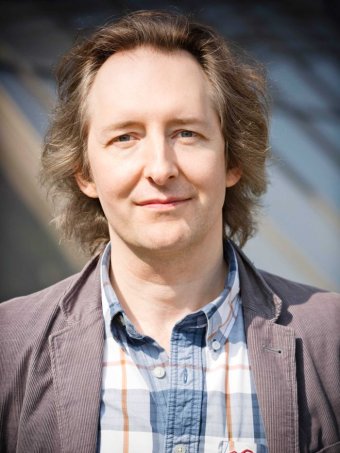 Sydney Theatre Company (STC) Artistic Director Jonathan Church is leaving the role after just nine months in what a former STC senior executive has described as a “palace coup”.

While a statement from the British theatre director blames his workload in Sydney and back in Britain for bringing his tenure at the STC to a premature end, a report in the Sydney Morning Herald.

Says his departure has the "whiff of a palace coup" by the STC's senior management.

The report suggests that Church's interventionist leadership style alienated management, which had become accustomed to the ‘hands-off’ style of previous artistic directors including Andrew Upton and Cate Blanchett.

The former senior executive told Fairfax Media "Jonathan was telling artists that he believed the way to get the necessary oomph in the box office was not through star power but through larger cast sizes.

"It seemed he was pursuing his own vision and wasn't going to be 'managed'. My suspicion is he alienated management almost as soon as he walked in the door."

STC Chairman Ian Narev conceded the debacle could harm the theatre company's reputation, commenting "I don't expect that this situation will jeopardise our relationships with artists and audiences although naturally it will cause some questions in the short term."

However, Narev stressed the departure of Church, who had been programming his first season for the STC, was a mutual decision that was amicable and not sudden.

In an official statement on Church’s leaving, Narev explained “over these nine months, he has been balancing his time in Sydney with his ongoing commitments in the UK and elsewhere, and it has become apparent that the combined workload and travel will be unsustainable.

"We understood when we made the appointment in August last year that Jonathan was much in demand and we agreed that time would be made for him to remain engaged in other opportunities around the world through his company Jonathan Church Productions.

"But ultimately, both parties have decided that this arrangement won't be in the best interests for either in the long term.”

The statement also included comment from Church, who advised “it has been a great experience working with this wonderful company and getting to know its network of extraordinary artists over the past nine months," he said in a statement issued by the STC.

"I expect to maintain close contacts with Australian theatre makers over the coming years, although, regrettably, it has not proved viable for me to continue as STC's artistic director while balancing my other interests as we had hoped.

"I wish the company and the whole team well for the future."

Last year, Church, the first international director appointed to the company, succeeded Andrew Upton who finished up as solo artistic director at the STC, after previously sharing the role with his actor wife Cate Blanchett.

However he had been working in two roles until the end of his final season at Chichester Festival Theatre in August this year.

Leading arts administrator Michael Lynch said Church's departure was "as bad as it gets" and suggested the board should have known it was unrealistic for Church to be a theatre impresario in England and run the STC.

Lynch, who was the STC's General Manager from 1989 to 1994, told Fairfax media "I guess I was a little surprised by how much latitude the board had given him to pursue life in England.”

The STC says the 2017 season will be completed by the in-house artistic team.

After its launch in September, the company will officially begin the hunt for a new artistic director.