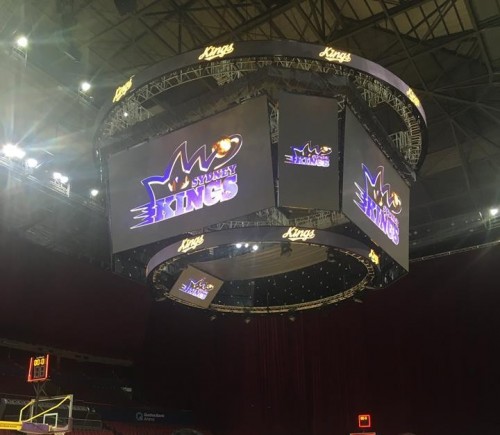 NBL franchise The Sydney Kings has made their agency announcements leading into the 2016/17 season while Australia’s largest superannuation funds, Hostplus, has been revealed as the team’s principal sponsor.

PMG has been appointed as the lead creative, strategic and below-the-line agency with Millmaine Entertainment Marketing providing media planning, digital strategy and analytics. Data marketing and analytics services will be activated through TEG Analytics.

The appointments come on the back of the purchase of the Sydney Kings by AEG Ogden who have quickly gone about rebuilding the entire business. Under the leadership of Head Coach Andrew Gaze and new Managing Director Jeff van Groningen, the franchise has recruited a new team and are focused on taking basketball to an entirely new level in Sydney both on and off the court.

Sydney Kings Director of Marketing Don Elford believes that passion and understanding for the sport as well as a clear partnership approach and the ability to work quickly whilst maintaining high quality were key attributes that led to these agency appointments.

Elford explains “we are looking to set a new standard on the court and introduce a game day and fan experience that is unrivalled in Australia.

“Our agency partnerships are key to this success and we are happy to be working with people who understand exactly who we are and where we are trying to get to.”

Based in Woolloomooloo, PMG, who recently opened their first international office in Dubai, are celebrating their 20th year and are extremely proud to be partnering with the Sydney Kings. Millmaine has more than 30 years’ experience as specialists in the marketing of ticketed events. Their clients range from arts companies, concert promoters and theatrical producers to one-off major events. Simon Godkin, Managing Director, explained “Millmaine simply helps clients sell tickets, build subscriber bases and develop new audiences”.

TEG Analytics, a division of TEG, are a leading ticketing, live entertainment and data analytics company and have come on board to deliver customer analytics and fan insights.

The rebuild of the Sydney Kings has seen a move to a new home at Qudos Bank Arena (owned by TEG and operated by AEG Ogden) at Sydney Olympic Park. The venue is also home to the training and office facilities for the business and the arena has been upgraded to NBA standard with an exciting major announcement to follow.

Elford adds “we are all excited to be front and centre on October 8th to watch the season tip off ushering in what we believe will be a new era in Australian Basketball.”

Sydney Kings action at the Qudos Bank Arena will not only be on court but will also be relayed by a super cluster of video screens – the largest indoor scoreboards in the Southern Hemisphere.

Looking forward to the season, AEG Ogden Chairman Harvey Lister explains “Qudos Bank Arena is fully committed to the success of the Sydney Kings, and has invested in enhancements to its building that align with the Sydney Kings now calling the Arena home”.

Qudos Bank Arena General Manager Steve Hevern adds “the team here at Qudos Bank Arena are delighted to have the Sydney Kings return to Sydney Olympic Park once again and the prospect of being afforded an integral role in the revival of this iconic sporting franchise.

“The new scoreboard acquisition not only brings the Arena up to date with what our patrons expect in today’s competitive environment, but is also a testament to how different it will be to attend a Kings game this time around.

“Containing 12 individual screens with over 300 metre² of total screen surface, this is a game changer for how sport and entertainment can be viewed in this country. We are genuinely excited about the array of opportunities it represents.”

The Sydney Kings take on the Brisbane Bullets for their season opener at the Qudos Bank Arena on Saturday 8th October.

The Sydney Kings new ownership and its new home at Qudos Bank Arena is the subject of a feature in the March/April 2016 issue of Australasian Leisure Management.