Sydney Festival to welcome Wesley Enoch as Director from 2017 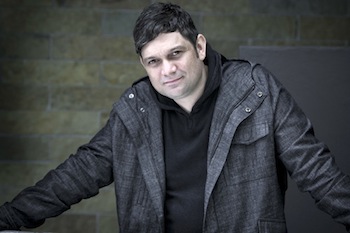 The Sydney Festival has announced that Wesley Enoch is to take on the role of Festival Director for a three-year tenure period from 2017 to 2019.

Enoch will take the reins from Lieven Bertels, who completes his term in 2016, marking the Festival's 40th anniversary.

He has directed six projects for Sydney Festival over the past 15 years: The Sunshine Club (2000), Eora Crossing (2004), The Sapphires (2005), Nargun and the Stars (2009), I am Eora (2012) and Black Diggers (2014). Wesley has worked with almost every major theatre company and festival in the country and toured shows internationally.

Enoch won the Patrick White Playwrights' Award in 2005 for The Story of the Miracles at Cookies Table and was shortlisted for both the New South Wales and Victorian Premier's Literary Awards.

Commenting on the appointment, NSW Deputy Premier and Minister for the Arts Troy Grant, stated "Sydney Festival is one of the world's pre-eminent arts and cultural festivals and I am delighted that Wesley Enoch will be the Festival's new Director.

“Wesley has already made a significant contribution to the Australian arts landscape and brings a wealth of experience to this coveted role in which he will lead one of our country's most important annual events alongside Executive Director, Chris Tooher."

Sydney Lord Mayor Clover Moore added “Wesley is one of Australia's finest creative talents and it's terrific to see him at the helm of Sydney's major cultural festival.

“Judging by his past contributions to Sydney Festival, with productions like I am Eora and Black Diggers, he will not shy away from the important issues.

“Under Wesley Enoch's watch I'm looking forward to seeing more Aboriginal and Torres Strait Islander artists and audiences, who make such a valuable contribution to our country's creativity and culture, taking part in the Festival."

Enoch is delighted about the new challenge, commenting “excited is too inadequate a word for how I'm feeling. I have had a long love affair with Sydney Festival and its audiences.

“I'm totally thrilled to return in the role of Festival Director.

“The Festival is a huge family of people who give their time, resources, money and talent; and I want to meet every single one of them.

“Festivals provide a huge cultural canvas and help reimagine a city, helping it think creatively and see things differently. I'm looking forward to rolling up my sleeves and getting started."

Sydney Festival is one of Australia's best-loved annual events, attracting hundreds of thousands of people with its stunning array of free and ticketed performances in theatre, dance, music, film, visual arts and talks as well as its unrivalled program of free large-scale outdoor events.