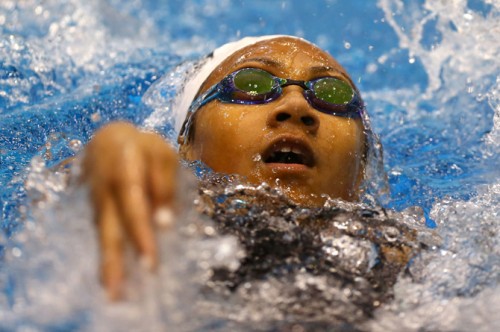 Swimming New Zealand will announce a turnaround in overall performance both in and out of the water when it reports to this month's annual general meeting.

The organisation has undergone significant change since an independent whole-of-sport review instigated by Sport New Zealand in mid-2012.

In the months since formal responsibility was handed over to a new Board in October 2012, the organisation has achieved several milestones.

More recently, the small team of four swimmers at the World Junior Championship in Dubai performed well, with a world junior title for Auckland's Gabrielle Fa'amausili in the 50 metre backstroke. She set a championship record in the heats on the way to her victory against swimmers up to four years her senior.

Off the water, Swimming New Zealand's financial results improved from a deficit of $120,000 in 2011/12 to a small surplus of $16,000 in 2012/13, despite heavy expenditure incurred in activating changes required by the review.

There has been other success with two further Swimming New Zealand officials appointed to committees of the sport's ruling body, FINA.

John West was re-appointed to the Technical Open Water Committee and Dr Dave Gerrard was re-appointed as the Vice-President of the Sport Medicine Committee. Ron Clarke remains a member of the FINA Oceania Board.

Chair Brent Layton explained "the Board is pleased with its progress in the implementation of the 21 recommendations from the independent review.

"Our focus is now on the future development and growth of the sport and improving the success of New Zealand swimmers at international events.

"Results at the Commonwealth Games in Glasgow next year will be an important test of whether sustained progress is being achieved."

Meanwhile Hunt, a Christchurch lawyer, has been re-elected to the Swimming New Zealand Board by regional associations, while accountant and sharebroker, Geoff Brown, has been re-appointed to the Board by the appointments panel.

Recently Gabrielle Rush resigned from the Board to take up a new position in Beijing and regional associations elected Margaret McKee, a former competitive swimmer and a retired Chief Executive of the QEII National Trust.

A two-year crisis at Swimming New Zealand resulted in an independent review recommending a complete overhaul of the organisation including a new board of directors.

The 21 recommendations, presented in the middle of 2012, also led to the resignation of then Chief Executive Mike Byrne.

For more information go to www.swimmingnz.org.nz

Image: Gabrielle Fa'amausili at the World Junior Championship in Dubai.