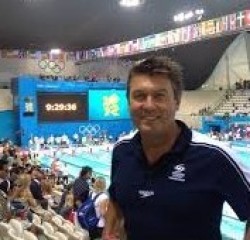 Having stood down from the Presidency of Swimming Australia on Saturday, Barclay Nettlefold has resigned from the post after the governing body announced an investigation into alleged inappropriate behaviour.

Nettlefold was accused of making an inappropriate remark towards a female staff member during the recent Australian Swimming Championships.

The Swimming Australia (SA) board began to look into the comment on Friday before another staff member came forward with a similar complaint.

On Saturday, Nettlefold stood down from the SA Presidency while the matter was investigated before resigning on Sunday (2nd June).

Nettlefold said the comments in question were made with humorous intent, but ultimately were not aligned with the culture Swimming Australia is trying to promote.

"My decision to step down will ensure the significant progress and ... positive change to the sport as swimming in this country continues.

"I am proud to have have initiated two independent inquiries into swimming and I commend the people who have worked with me and supported me, the drive they - to drive this change.

"They all have the institution of Swimming Australia at their heart and together I believe we have made great progress in a very short period of time.

"By leaving, it enables the board to see and do their own investigation and find out what really happened."

Nettlefold was only elected to the role last October in the wake of the Australian team's sub-par performance at the London Olympics.