Having ended its 60-year sponsorship with Speedo before Christmas, Swimming Australia has announced a new partnership with swimwear brand arena, that will see the Italian-based company become the official swimwear supplier of the Australian Dolphins Swim Team for the next four years.

“We will be working closely with arena to further enhance our elite performances in the pool over the coming four-year cycle, as we seek continuous improvement and world’s best partners to assist us in the next stage of our development.

“Commercially, Swimming Australia is in its strongest period in recent history after re-signing with Mrs Rinehart’s Hancock Prospecting until 2020, and announcing the signing of new partner Optus just prior to Rio, both as Principal Partners.

“I have worked previously with the arena team when I was a coach in the Netherlands, and I have seen first-hand the focus, expertise and passion they display when it comes to the elite level.

“Already many of our swimmers race in arena, and I am really excited to see what the broader team can achieve with this new partnership.” 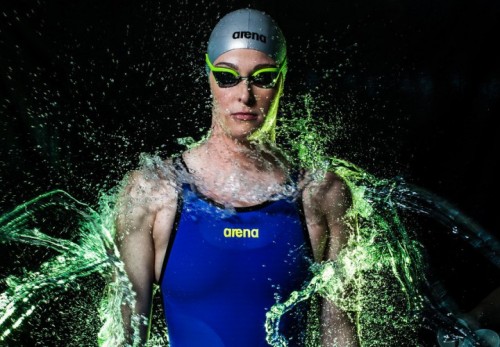 arena International Business Division General Manager Luca Belogi expressed his excitement at the partnership, commenting “Australia is a country of swimming and the Australian Dolphins team is one of the strongest teams in the world, with a long history of success in the pool.

“arena will make every possible effort to contribute to its future success, through our technology, equipment and continuous support.

“This partnership is a significant announcement for arena globally, and will be a key pillar of our business development in Australia. 2017 is set to be a fantastic year for arena Down Under, as the partnership with Swimming Australia coincides with the appointment of a new business partner, Double Line Sports.

“Double Line will be our exclusive distributor in Australia, with the goal of becoming the market leader in the next five years.”