Swimming and football the most popular sports for children 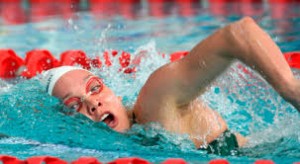 Swimming and soccer (football) top the list of most popular sports participated in by Australian children, according to survey results released by the Australian Bureau of Statistics (ABS).

ABS Assistant Director of the National Centre for Culture and Recreation Statistics, Paul Pamment said the Children's Participation in Cultural and Leisure Activities survey collects information on participation in sport, cultural activities and use of technology for children aged between five and 14 years.

Pamment explained "the survey showed that 60% of Australian kids participated in organised sport in the 12 months to April 2012.

"Nearly one in five girls (19%) participated in swimming and almost a quarter of all boys (22%) played soccer.

"Children aged between nine and eleven years were the most active, with two thirds participating in at least one organised sport.

"More boys participated in sport than girls, with two thirds of boys (66%) involved in at least one organised sport compared with just over half of all girls (54%).

"The highest participation rate amongst the states and territories was in the ACT where nearly three quarters (73%) of kids participated in organised sport."

The data shows that football numbers increased by 37,000 in the three years to 2012, with most of the increase coming from 32,000 boys playing the sport taking their participation rate to 21.7% and the combined boys and girls total to 14.7%.

This reverses the downward trend in boys participation over the two previous surveys and puts the level of boys' participation within reach of the benchmark figure of 22.2% of the 5-14 year population nine years ago in 2003.

However, in a worrying trend for the nation, while football has enjoyed an increase, participation in many other sports has declined.

Swimming, which has the highest combined participation rate of 17.7%, has 10,000 fewer swimmers than the last count in 2009; Australian rules football has lost 8,600 players with boys participation falling from a high of 16% in 2009, where it was in a position to challenge swimming and football, to 14.9%. Netball has 6,000 fewer players and cricket has 12,000 less.

The survey also looked at children's use of technology and the internet. 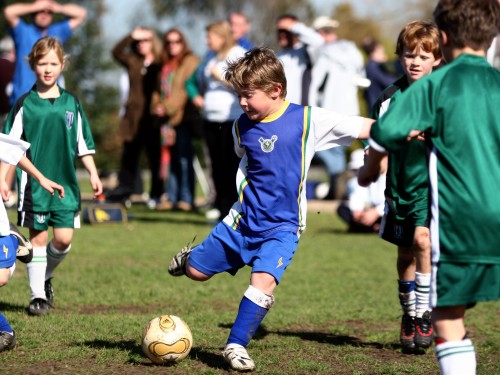 ABS Assistant Director of Innovation and Technology National Statistics Centre, David Taylor, highlighted an increase in the number of children accessing the internet.

"Nearly one third (29%) of children had a mobile phone in April 2012 and the likelihood of having a phone increased with age, with nearly three quarters (73%) of 12 to 14 year olds having one."

Information collected on recreational activities showed that more children are spending time on the internet, computers and games consoles than three years ago. However more children are also riding bikes, skateboarding and riding scooters.

On average, children spent 15 hours watching TV outside of school hours in the last two school weeks prior to the survey period.

Participation in cultural activities were also captured in the survey such as playing a musical instrument, singing, dancing, drama and art and craft; and attendance at various cultural venues and events.

The survey reported that more than half of all children (53%) visited a public library with an average of 15 visits in the 12 months leading up to April 2012. In the same period two in five children (43%) visited a museum or art gallery.

The most popular cultural activity among girls was dancing with almost a quarter (27%) participating, whilst for boys it was playing a musical instrument with one in six (16%) participating.