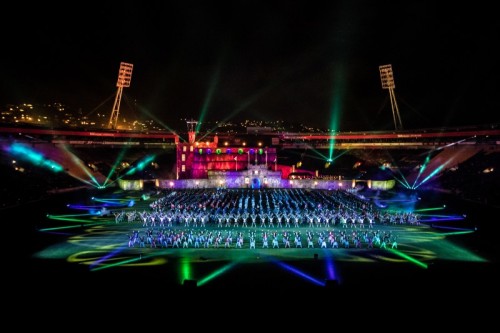 Visitors flocked to New Zealand's capital in record numbers this summer, thanks to sustained high temperatures and an exceptional programme of major events.

This record total continues a strong growth trend for tourism in Wellington.

Whelan stated “the single biggest driver of visitation to Wellington this summer was the Royal Edinburgh Military Tattoo, which brought an estimated 45,000 thousand people to the region.

“Add to that a series of big concerts, sporting events, Chinese New Year and Te Papa’s popular Dreamworks: The Exhibition and we had the foundation for a strong summer season.”

Whelan also said the results were helped by a coordinated approach to promotion, adding “once upon a time Wellington’s visitor economy slowed down over summer, as business travel slowed and people tended to head to the beach. In recent years, we’ve focused on promoting our major events and exhibitions, packaging a ‘whole of Wellington’ destination experience around them.

“With such variety throughout the region, and exceptional walkability for event attendees in the city, Wellington delivers on this promise, and we’re seeing positive numbers as a result.”

Westpac Stadium Chief Executive Shane Harmon was pleased that events held at the Stadium had contributed around 100,000 of these visitors to the region over the summer period.

Harmon commented “the Stadium was proud to host such a full and diverse calendar of events this summer.

“The two world-class concerts - Elton John and AC/DC, international cricket and the Edinburgh Tattoo were real drawcards for out of town visitors and Wellingtonians alike.

“It really was a blockbuster summer.”