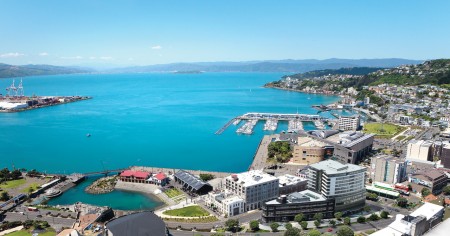 The new Wellington economic agency is promising to boost the New Zealand’s capital over the next 10 years, with a target to become the most prosperous city in Australia and New Zealand.

The recently established Wellington Regional Economic Development Agency (WREDA) sets out this mission in its first statement of intent.

WREDA’s statement highlighted that while Wellington offered an outstanding quality of life and a unique vibrant identity, it was not realising its potential and its economy was lagging behind other regions.

Explaining that people were gravitating to Auckland and beyond because it was perceived these areas offered economic and other advantages, the statement added “in rising to this challenge WREDA has developed a bold mission: By 2025, Wellington will be the most prosperous, liveable and vibrant region in Australasia."

WREDA Chairman Peter Biggs said the bar was high but it could be done and there was no route to "wimp out".

Biggs compared Wellington to Tel Aviv in Israel and Manchester in England, which he said had gone through transformation to become vibrant cities. He also drew parallels with Chicago in the USA, stating “(these cities) are booming, confident and built on all the things Wellington has as a competitive advantage.

“But we don't want to play anyone else's game, we think our game is enormously strong."