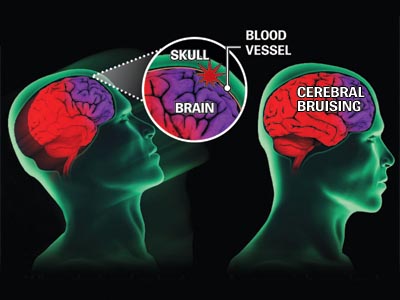 New research shows that many children concussed while playing sport are not being managed in accordance with guidelines on concussion in sport.

Under international best practice guidelines, children who are concussed while playing sport should not return to the field and see a health professional as soon as possible.

However, a just released study, by researcher Harini Haran, a final-year medical student at Monash University, shows that 40% of children's sports concussions are not being treated to the guidelines while some of the children who were knocked out were allowed to return to the sporting field.

Commenting on her research, Haran told the ABC "if a child returns to sport before their symptoms have recovered, they're at an increased risk of getting a second injury and increased risk of having prolonged symptom."

Refering to specific cases, Haran added that those concussed "complained of a headache or feeling like they're in a fog.

"They can have physical signs like being knocked out or not being able to remember the event. Could just be a behavioural change like irritability or later on they can have sleep disturbances like insomnia."

The AFL and the International Rugby Board have made the concussion guidelines available for download on their websites, however Haran fears that these messages are not filtering down to childrens' sports.

She added "sports organisations are trying hard to get the message out ... but there seems to be a problem in the translation of these guidelines to parents and children.

"When the child has had the chance to go back to their club or their school ... to return to sport, still 74% cent of them had not been told anything about what to do.

"We think it's quite significant that awareness of these guidelines needs to be improved."

Study supervisor and paediatric emergency physician Franz Babl said most children recovered from concussion after a few days of rest but children, parents and coaches needed to be aware of the symptoms, including memory problems, feeling foggy or irritable or slow reaction times.

Babl told Fairfax Media that children with such symptoms need to come off the field immediately and not return to play, and should be assessed by a medical professional.

The study's results are being considered for publication next year.