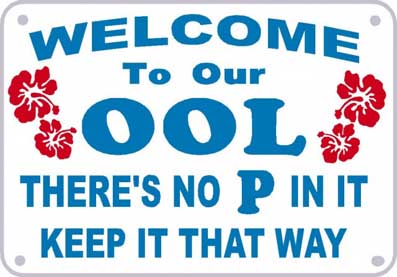 A study has found that urinating in public swimming pools is more than just unsanitary - it can also produce poisonous chemicals when urine and chlorine react.

One in four Britons and one in five Americans have admitted to relieving themselves in swimming pools, with US Olympic swimmer Michael Phelps famously telling the Wall Street Journal in 2012 that his peeing in a pool was "kind of a normal thing to do for swimmers".

While Phelps asserted “chlorine kills it, so it’s not bad,” a recent study published in the American Chemical Society's Environmental Science and Technology journal found that when uric acid, a compound in urine, and chlorine mix it can produce substances that could cause health problems - namely trichloramine and cyanogen chloride.

The latter is listed as a classified substance under the US Chemical Weapons Convention because it could potentially be used in chemical warfare.

Trichloramine has been linked to breathing problems and cyanogen chloride can affect the lungs, heart and nervous system.

Lead authors Associate Professor Jing Li of the China Agricultural University and Professor Ernest Blatchley of Purdue University of Indiana, USA found that when they mixed uric acid and chlorine both of the potentially harmful compounds formed within an hour. They calculated that more than 90% of the compound in pools comes from urine.

Uric acid accounted for 24 to 68% of the byproduct cyanogen chloride in the pool water samples.

Professor Blatchley said that if a lot of people are in a swimming pool at one time and urinate in the pool, there is the potential for a lot of cyanogen chloride to form and deplete the chlorine in the pool.

Cyanogen chloride would normally decay rapidly, but less chlorine could allow it to stay present in the water for longer.

However the amounts of cyanogen chloride generated are highly unlikely to meet the World Health Organisation's 'danger zone' of 70 micrograms per litre.

The authors concluded that swimmers might want to consider peeing outside of the water prior to swimming to improve swimming conditions.

Professor Blatchley stated “given that uric acid introduction to pools is attributable to urination, a voluntary action for most swimmers, these findings indicate important benefits to pool water and air chemistry that could result from improved hygiene habits on the part of swimmers.”

The study was sponsored in part by the US-based National Swimming Pool Foundation, which offers certifications for pool and spa technicians.

Click here for more information on the Environmental Science and Technology journal.