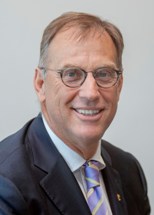 Stockwell was appointed by the Governor in Council on the recommendation of the Premier and the President of the Australian Commonwealth Games Association.

Premier Bligh said she was thrilled when Stockwell agreed to Chair the Games and reinforced the sentiment now that the appointment approval process has been finalised.

Premier Bligh stated "(Mark) managed to drive the Bid for the Games with a passion and energy befitting his days as an athlete and I have no doubt he will throw the same amount of enthusiasm into delivering a sensational Games that will do Queensland and Australia proud.

"He has a very solid business and commercial background that will ensure the infrastructure and venue upgrades are in accordance with the requirements of the Commonwealth Games Federation and the international sporting bodies.
Premier Bligh said the next major appointment would be the appointment of a Chief Executive for the GCCGOC - a role that will be widely advertised to ensure the event gets the right candidate to fill such an important position.

A delighted Stockwell said he would bring to the role extensive experience as an athlete combined with a solid business management background and knowledge and passion for the regions capabilities, adding "the Bid for the Games was very intense and all about demonstrating what we could do and how we would deliver a fantastic and memorable Games.

"The Organising Committee is all about delivering on our promises to the Commonwealth Games Association delegations as per the detail outlined in the Bid Book.

"The Gold Coast will be on show to the world and it is paramount that we have the right staff in place, well trained volunteers and all aspects of the event combined are delivered to the highest standard.

"We must now look to appoint a Board and a CEO so we can hit the ground running in 2012. However, this is a marathon, not a sprint with lots of planning before the finish line in 2018 and lots of hard work ahead."

The Gold Coast 2018 Commonwealth Games Bid Chief Executive Mark Peters has been appointed acting Chief Executive of the Games Organising Committee until the role is filled.