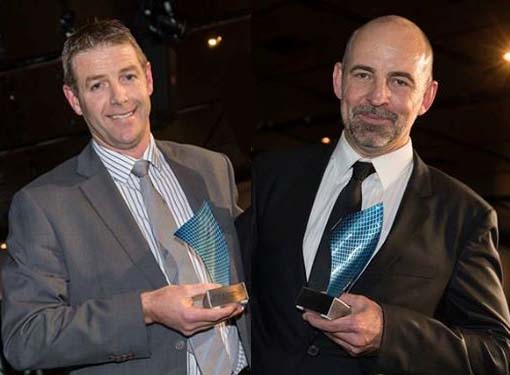 The Awards, which celebrate and acknowledge venue industry professionals for their unsurpassed excellence and service to the industry, was presented at last week's Annual Asia Pacific Venue Industry Congress Gala Dinner held in Melbourne.

Steve’s venue industry career as began in 1990 when he was engaged as the Facility Electrician at the SEC.

In late 2005, Steve was seconded by Quay Park Arena Management (QPAM) in the capacity of Deputy Chief Executive and relocated to Auckland where he was exposed to firsthand experience of running a business from all operational aspects.

Steve was engaged by AEG Ogden as their Manager, Technical Operations in early 2008 and was relocated to Beijing, China to take possession of the newly completed Beijing Olympic Basketball Arena (BOBA) to begin proceedings of Practical Completion, staff procurement and operational set up for the 2008 Beijing Olympic Games.

Since returning to Australia in late 2008, Steve has undertaken the responsibilities of the Group role with AEG Ogden which entails continuing work on venue designs, protocols and systems with an array of international venue, stadia, theatre and convention centre development projects.

Wayne Middleton (pictured above left) is a risk management consultant and Principal of Reliance Risk. Reliance helps public venues, events, sports and companies in the entertainment industry to manage risk. He has over 22 years experience in management and operational roles in the venues and events industries and 14 years as a risk management professional.

Wayne was a member of the VMA since the 1990s while working as a Venue Manager for the Australian Sports Commission in Canberra.

Subsequently he workd on the Sydney and Salt Lake Olympics, and consulting on risk management to the Vancouver Winter Olympics, the Melbourne Commonwealth Games, Doha Asian Games and Maccabiah Games in Israel.

Click here for more information on the 2014 Venue Management School (VMS), being held from 23rd to 28th November at the Intercontinental Resort, Sanctuary Cove on the Gold Coast.