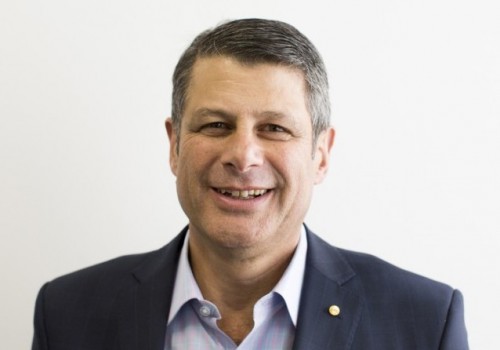 Former Victorian Premier Steve Bracks has been named as the new Chair of the MCG Trust, replacing Bob Herbert, who will be retiring from the role after 13 years on the Trust and three years as its Chair.

“Mr Bracks has a proven track record of growing Victoria and making our proud state shine on the world stage.”

“I also congratulate Bob Herbert on his long standing and tireless work transforming the MCG into the nation’s home of sport.”

The MCG Trust plays a key role in ensuring the nation’s largest and most cherished sporting arena continues to shine and attract the world’s greatest sporting champions to Melbourne.

Bracks (pictured) will continue on as the inaugural Chair of the Kardinia Park Stadium Trust, which has seen the $90 million Stage 4 redevelopment of Simonds Stadium in Geelong. However, it would appear likley that he will have to step down from this role at some point.

Over 13 years as a Trustee, outgoing Chair Bob Herbert has been involved in the redevelopment of the northern stand in time for the 2006 Commonwealth Games and refurbishments to the Great Southern Stand.

He has also helped lock in the long term future of AFL at the venue, while significantly improving the surrounding Yarra Park and security and safety for spectators.

Welcoming his appointment, Bracks stated “I feel privileged to be appointed a trustee of one of our great national assets on behalf of all Victorians.

“The MCG is an iconic sporting, cultural and big event precinct. I will be doing everything I can do to maintain it as Australia’s greatest stadium and a world class venue.”

Bob Herbert retires from his role tomorrow (24th May).