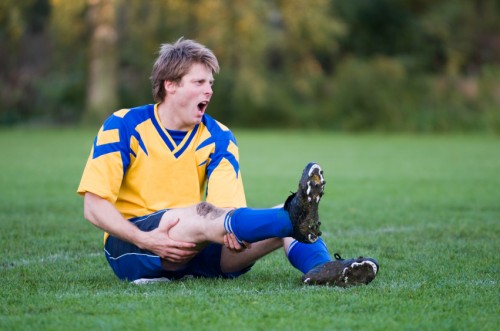 Sports injuries accounts for more than twice the number of hospital treated injuries than road traffic accidents, according to data from the Victorian Injury Surveillance Unit, Monash University presented, at the recent Bone and Joint Australia Keeping Australians Moving Forum.

Explaining the alarming research, leading sports injury epidemiologist, Professor Caroline Finch from Monash University said that it was imperative to do more to prevent sports injury which is largely being ignored as an issue by government and sporting authorities

Professor Finch explained "everyone acknowledges that road traffic accidents are a serious issue with billions of dollars spent every year addressing the issue. The same can't be said about sports injury.

"Sports injury is widely recognised as a key barrier to participation in sport and recreation. In addition to the direct costs of treating sports injuries, the long term impact of sports injury is further emerging as a major health issue.

"Sports injury is causing greater concern than just spending time on the sidelines. Being inactive is making it impossible for many people to carry out their daily lives and let alone be more physically active. The knock on effect of this is a less active and more obese community."

Dr Larkins added "we know that over 10,000 ACL tears are operated on every year, many of which are preventable. However what is largely unknown is that 50% of people experiencing these types of injuries are likely to require a knee replacement in later life.

"Let alone the personal impact of developing osteoarthritis, at a cost of about $20,000 per knee replacement you start to understand why this is such a major issue and something must be done to stop the personal pain and the drain on the public purse.

Professor Finch added "we know all this, yet nothing seems to be done about it. Many sports injuries can be prevented. Their impact and associated costs can be diminished. But financial backing is needed."

Dr Larkins concluded "through the prevention of sports injuries not only will the community see the lifetime associated costs decrease but people will also have access to a better quality of life and the ability to maintain their health."

17th August 2009 - Motorbikes, horses and bicycles can be riskiest sports