Operating a Korean-language website and a full-service Korean-language reservations call centre, Korean sports tourists, individuals, and groups can now buy tickets online to some 60,000 events a year at hundreds of international destinations.

The 19th language for Sports Events 365, the offerings on Sports Events 365’s Korean site include tickets to matches of South Korea’s national football team at the 2018 FIFA World Cup in Russia as well as for the XXIII Winter Olympics, being hosted in PyeongChang from 9th to 28th February next year.

The company adds that a significant share of the tickets to sports events purchased through the Korean site so far, are for matches of the English Premier League club Tottenham Hotspur, current home of the Korean football star Son Heung-min.

Having a Korean player is not the only clue to deciphering the local trends. Among other favourite football clubs are found Chelsea FC, Arsenal FC, Real Madrid, Atletico Madrid, FC Barcelona, AC Milan and Paris Saint Germain, all top notch globally famous clubs with star players such as popular Brazilian striker Neymar, currently playing for PSG . 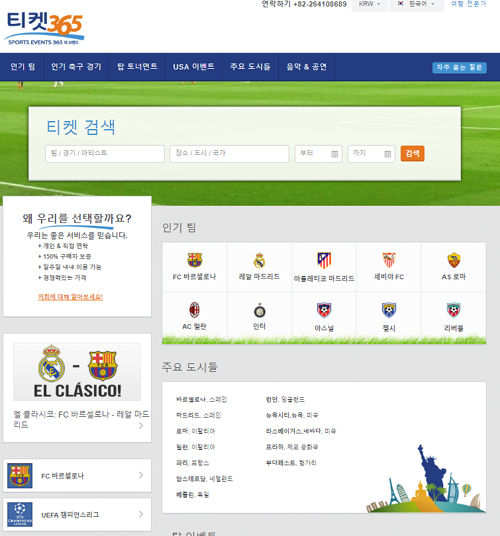 Based on the purchases on and customer service analysis the company informs that the preference for football events is strong enough to drive trips to Europe for the sole purpose of watching football.

Sports Events 365 also notes that around 30% of the customers of the Korean website are women, reflecting the fact that, according to United Nations figures, South Korea ranks 10th in the world and first in Asia in terms of gender equality.

Introducing the service, Sports Events 365 Chief Executive Sefi Donner explains “Sports Events 365 brings to South Korea a unique combination of massive offering of events, full customer service and strong commitment to the local customers and market – all of this in their mother tongue.

“It was obvious to me that establishment of a Korean site was a high priority for the company. According to Statista.com, there are currently 30.5 million eCommerce users in South Korea, with an additional 1.33 million users expected to be shopping online by 2021.

“The Korean economy is strong and established, enabling the growth of tourism. Although most tourists go to neighbouring Asian countries, there is a large segment of travellers who go to Europe and North America, which are in the focus of our activity.

“We have recently seen several South Korean travel agencies that promote football tours as part of their offering, and these types of agencies can be great long-term partners of Sports Events 365. All in all, South Korea represents a good business opportunity for us.” 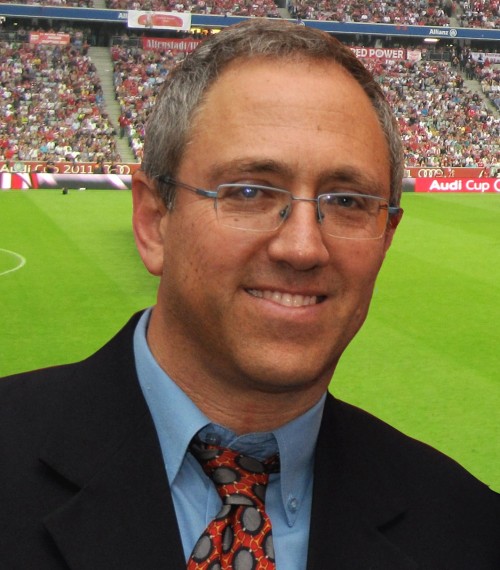 Donner (pictured) added that “preparations for the launch included several surprises. For example, we were unaware that Koreans prefer the Naver search engine over Google, where we normally advertise. We had to adapt to the Korean consumer and to offer comprehensive customer service beyond the site itself.”

The site, offers B2B collaborations to networks, travel agencies, tour operators, airlines, and other tourism companies in South Korea in order to develop and grow the sport tourism and events niche. Sports Events 365, which operates the Korean site, offers its Korean partners a wide range of solutions: Commercial tools such as commissions, allocations, and group tickets, as well as Web tools - API, white label, affiliation program, and co-branded sites.

For more information go to www.sportsevents365.com