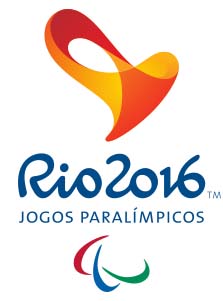 Commeting after the closing of the Rio Paralympics, Wylie explained “this is the sixth consecutive Paralympic Games Australia has achieved a top-five position on the gold medal tally, proving our Paralympic athletes continue to be models of consistency and resilience on the toughest international stage.

“Beyond the success achieved with medals and personal bests, this team has also represented Australia, their communities and their families with pride and honour. They have served as an inspiration to all of Australia – demonstrating again the challenges people can overcome. These are wonderful athletes and they have worn the green and gold with distinction.

“Our Australian Paralympic athletes continue to inspire each other too, passing a baton of success from one generation to the next. A perfect example of this sustained success is Kurt Fearnley, second in the wheelchair marathon by just one second. It was Kurt’s 13th Paralympic medal, 16 years after grabbing his first in Sydney 2000, and there is no doubt he has raised the standard of sport for Paralympic athletes.

“In Rio we have again seen the emergence of some young superstars, headlined by 17-year-old swimmers Maddison Elliott and Lakeisha Patterson, and we can have every confidence that the future of the Australian Paralympic team looks bright.”

Favier added “some of our athletes have proven themselves to be dominant, Dylan Alcott in tennis, Carol Cooke in cycling and Ellie Cole in swimming, Elliott and Patterson each claiming multiple gold medals in Rio.

“Collectively, Australia also claimed medals across 11 different sporting disciplines – two more than at London 2012. It is a good sign of the depth in our Paralympic team as we look towards Tokyo 2020.

“We remain committed to Australia’s Winning Edge high performance strategy, which has benefitted Paralympic sport. In difficult economic times we have been able to increase the direct funding to Australia claimed 81 medals in Rio, including 22 gold.