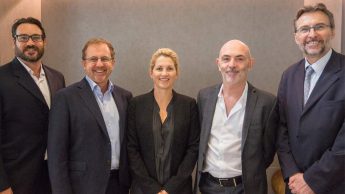 The Swimming Pool & Spa Association of Australia (SPASA Australia) has acquired the SPLASH! brand from The Intermedia Group (TIG) and Interpoint Events (IE).

Additionally, TIG and IE will continue to oversee the publication of the magazine and the organisation of the show under a consultancy agreement, ensuring the same standards continue to apply to both entities, with Managing Director Simon Cooper maintaining similar roles to those held previously.

Commenting on the acquisition, SPASA Australia President Lynley Papineau stated “continuity is paramount for the media brand, with management contracts in place with TIG and IE to ensure the operational effectiveness of the brand is maintained seamlessly.

“Staff will deliver business as usual and editorial independence will be maintained, with (Jaques, Maher and) Cooper, working side by side with TIG, IE and SPASA.”

Papineau says SPASA Australia’s vision has always been to create a united industry working together across Australia to help promote and support members, commenting “it is without doubt that SPLASH! holds the largest and most attended industry exhibition in the country along with their successful magazine publication.

“We completed an extensive due diligence process and I would like to thank Lindsay and the board members of SPASA Australia for the professionalism and time they have invested in looking after the interests of members and bringing this acquisition to reality.”

Papineau says the opportunity was made possible due to the merger of SPASA QLD, SA and NSW/ACT and combining the assets of the entities, adding “there are exciting times ahead we are looking forward to working with TIG and IE to build on the success that they have created in the SPLASH! brand.”

Over the past 20 years, the SPLASH! brand has developed to become the premier expo, magazine and digital platform for the Australasian recreational water trade.

SPASA Chief Executive Lindsay McGrath says the acquisition is part of SPASA’s integrated strategy and delivers on a key objective – to engage more with members while expanding the brand’s exposure to a larger audience.

McGrath advised “the acquisition of SPLASH! is a natural progression for us as it increases our skill set, expands our communication reach and provides another collaborative model to shape the industry.”

McGrath says SPASA Australia’s overall plan is to increase the volume of pool builds, further promote pool and spa use, and improve the overall enjoyment pool and spa owners gain from their assets, stating “to achieve that outcome we need an engaged, financially viable and well-marketed association.

“SPLASH! provides a key component in our strategy, supplying a solid platform for communication to our increasingly professional industry.”

He says the acquisition shows that SPASA is financially strong and able to use that strength to improve outcomes for members and the industry as a whole, explaining “SPLASH! is a highly successful commercial enterprise, now coming under the peak industry umbrella. Future profits will go to supporting SPASA members, directly improving industry sustainability and growth.”

IE Managing Director Simon Cooper, who has been the publisher of the magazine and organiser of the trade show since the brand was acquired in 2005, added “SPLASH! has always strongly supported the industry and encouraged its growth.

“The print magazine and digital platform have been at the forefront of communicating with and informing the industry, while the trade show has become the major event for industry members from around the country and the region to network, conduct business, gain knowledge and celebrate their successes.”

Interpoint has always worked closely with the state SPASA associations and more recently with SPASA Australia. At the most recent trade show, the extensive education program included a series of SPASA Australia workshops and seminars amongst the two full days of educational seminars and technical workshops, and for the second time the SPASA Australia National Awards Gala was held at the show.

Cooper concluded “now there is a national body set up to promote the industry, it makes sense for it to run its own event.

“SPLASH! has an international reputation having held events in New Zealand and Singapore, and together with SPASA Australia we can continue to grow and support the pool and spa industry even more. We are very excited about the future of the brand.”