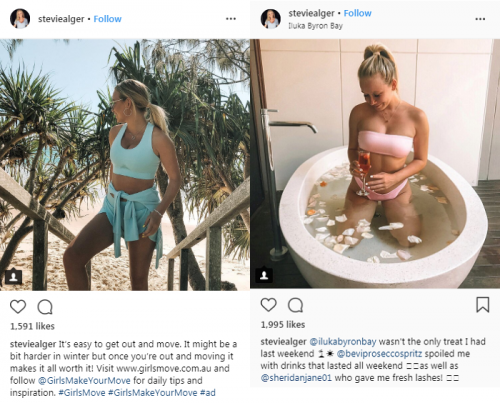 The Federal Department of Health has reportedly paid more than $600,000 in taxpayer funds over the past 18 months to social media influencers to promote its Girls Make Your Move campaign.

As reported today by Sydney newspaper The Daily Telegraph, female influencers have been paid to post fitness photos on their Instagram accounts, with some understood to get as much as $3000 a post.

Those hired include one Instagramer sponsored by alcohol companies, one who promotes extreme dieting and another who had to apologise in 2017 for racist tweets.

Aiming to, according to the Federal Department of Health "address the lower level of physical activity and barriers faced by young Australian women", Girls Make Your Move was inspired by Sport England's This Girl Can initiative, which successfully encouraged millions of women to be more active.

Figures reported by The Daily Telegraph show that since 2016 to June this year the Federal Department of Health spent $826,157 hiring influencers to make paid ­social media posts.

The bulk of the money was allocated under the Girls Make Your Move campaign.

In the first stage of the campaign in 2016, the Federal Department of Health Health spent $100,000 hiring 27 influencers to make 33 posts. In the six months from January this year another $237,057 was spent.

While many of the accounts promoting the campaign have up to hundreds of thousands of followers, The Daily Telegraph pointed to a report by data analysis firm Lumio that found many accounts were not "valuable" from an advertising perspective. 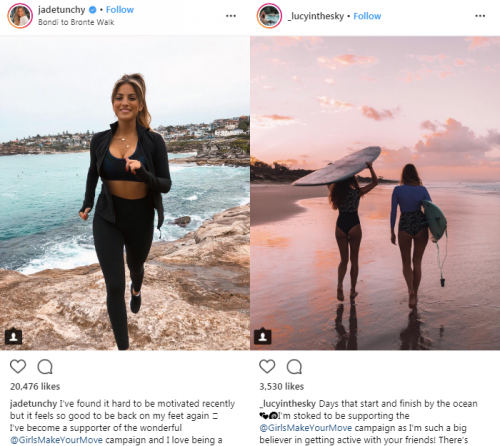 It comes as there has been increasing scrutiny on social media ‘stars’ who charge brands for sponsored posts, with major companies dumping Instagrammers because of concerns about their influence.

Some of those hired by the Federal Department of Health have built followings with acc­ounts dominated by swimwear shots while several of the influencers working with the campaign have also used their accounts to endorse drinking, often in partnership with alcohol brands.

A spokesperson for Federal Health Minister Greg Hunt said the Minister "did not endorse" the Girls Make Your Move Instagram posts and "found them offensive".

The marketing agency responsible for the campaign reportedly no longer has the Government advertising contract.

One of the most popular influencers involved in the Girls Make Your Move campaign was Lily May Mac, who has more than three million Instagram followers.

The 24-year-old was forced to make a public apology last year for tweets she sent in the past using racist language and homophobic slurs, which she subsequently described as being indicative of a "distasteful sense of humour".