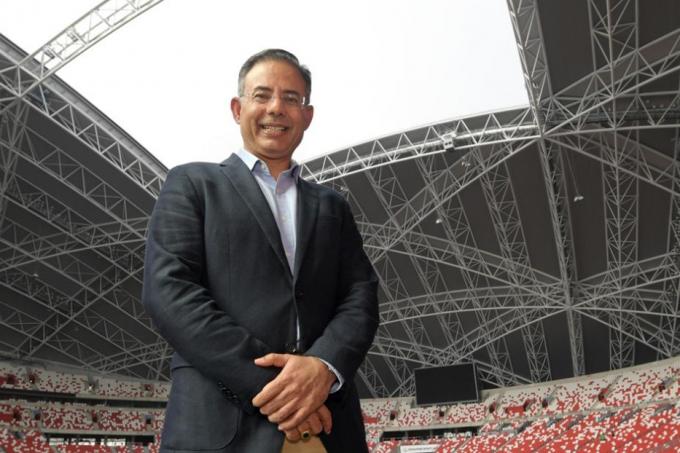 After press reports of staff members complaining about his management style, Manu Sawhney, Chief Executive of the Singapore Sports Hub, has resigned from his position.

Sawhney, who had been in the role of just 19 months, having replaced inaugural Sports Hub Chief Executive Philippe Collin-Delavaud, has been criticised for a reportedly “aggressive” management style as well as for failing to secure sufficient high profile events for the landmark precinct.

In a press statement, Bryn Jones, Chairman of SportsHub Pte Ltd (SHPL), the consortium that runs the S$1.33 billion Singapore Sports Hub, announced “on behalf of the Board, I would like to thank Manu for his service and contributions during his tenure and wish him the best in his future endeavours".

The statement added that Sawhney resigned as he felt it was time "for a new CEO to take the Singapore Sports Hub to its next level".

His departure comes after a 26-page anonymous complaint was sent to SHPL containing details of his business decisions and treatment of SHPL staff.

Sawhney, who took on the role in October 2015 and who sits on the board of Manchester United Football Club, took a leave of absence after the complaint was sent.

Releasing his own statement, Sawhney advised "I am proud of the transformation we've seen at the Sports Hub in the last year and half, and much of the credit goes to my hardworking team.

“I will cherish the times I spent at Sports Hub, and the support and encouragement of my colleagues and business partners. I wish them all success as they continue to turn aspirations into realities in making (the) Sports Hub the most exciting destination in Singapore."

Sawnhey’s tenure coincided with a number of departures by senior management, including Mark Collins, Managing Director at Global Spectrum Pico (GSP), one of SHPL's four consortium partners, as well as GSP Director of Contracts and Compliance, Daphne Letournel.

In February last year, it was also reported that SHPL had intended to terminate GSP's operating contract after an audit found that there was a lack of alignment of interest between GSP, the shareholders and government stakeholders.

Singapore Sports Hub Chief Operating Officer Oon Jin Teik will perform the role of acting Chief Executive while the recruitment of a replacement is undertaken.