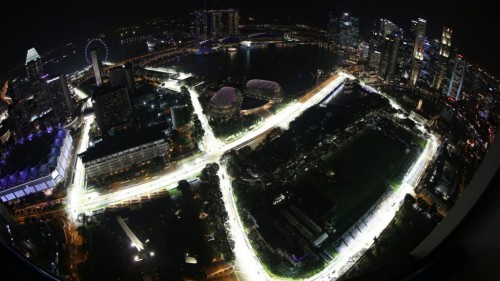 Organisers of the Singapore Grand Prix reported a 19% rise in attendance in 2017, making the average overall gate at the Formula One event the largest in its 10-year history.

The event extended its contract with Formula One’s owners for another four years last week, with the strong attendance records showcasing its popularity. The overall attendance reached 260,400, a jump from the 2016 edition which attracted 219,000 spectators.

Commenting on the attendance rise to The Strait Times newspaper, Singapore GP Executive Director Michael Roche advised “this is a very positive sign for the years to come. Our aim, as always, is to improve the event both on and off the track to keep people coming back and to attract even more visitors to Singapore.”

Formula One Motor Sports Director Ross Brawn added “I have always enjoyed Singapore, right from the beginning. This event was a game-changer in many ways.

“The races here have always been entertaining, and this year we are enjoying a fantastic championship with the top teams in contention for the title.

“Singapore is an iconic race on our calendar and I’m delighted both with the renewal and with the extremely strong attendance figures, which underline the enduring enthusiasm for this great event.”

The Singapore Grand Prix on Sunday marked its 10th anniversary, and last week it was confirmed that the popular Formula One night race would continue until 2021.