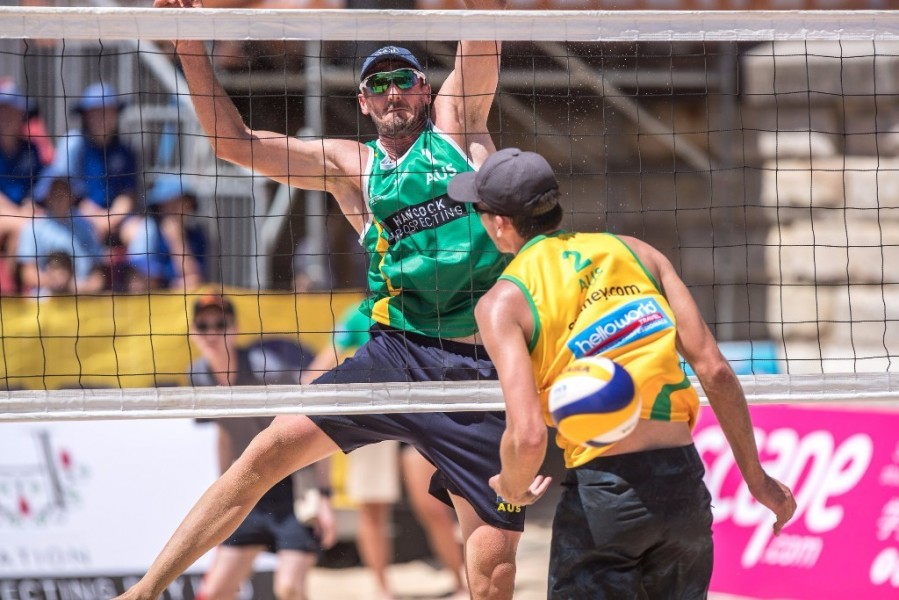 Having staged successful World Tour events at Sydney’s Manly Beach and Shepparton in 2017, the FIVB is returning to the Victorian town for the World Tour 1 Star Event from Thursday 1st to Sunday 4th February.

The event will see teams competing from 19 countries, including  favourites Canada, USA, Japan as well as Sweden and Germany. Commonwealth nations Cyprus, New Zealand and Vanuatu will be joining Australia - the Helloworld Travel Volleyroos - in ramping up their preparations for the Gold Coast Games.

To host the event, a temporary purpose built stadium with two courts and a warm-up court with a 500-seat grandstand has been erected at the Victoria Park Lake precinct in Shepparton.

The event will attract national and international TV and media exposure for not only Shepparton but also Australia and will generate over $1million in economic stimulation.

In conjunction with the World Tour there will be a Beach Carnival from the Friday afternoon through to the Sunday afternoon, making the international sporting event even more special for visitors to Greater Shepparton.

The Beach Carnival will have food trucks, bars, live music, and a kids carnival with free and low cost activities at Victoria Park Lake and Aquamoves.

For more information go to worldtour.2017.fivb.com/en/452