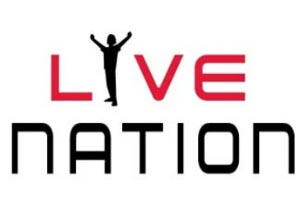 Shareholders of Ticketmaster Entertainment and Live Nation have approved the companies' planned merger, a move that was expected but does not yet signal a victory for the billion-dollar deal.

"Over 99% of the shares voted were cast in favor of the merger," Live Nation said in a tersely written statement following the annual shareholders meeting.

"The company's stockholders also approved all other proposals submitted to a vote, including a proposal to change the company's name to 'Live Nation Entertainment, Inc.' following the completion of the merger."

Ticketmaster released a similar statement soon after Live Nation's, the only difference being that 98% of Ticketmaster's shareholders approved of the merger, which the company rightly proclaimed represented "a substantial majority of the companyâs outstanding common stock."

The shareholder votes came as the two continue to battle to get the merger approved by the U.S. Department of Justice (DOJ), which has reviewed the matter for the better part of a year. Both companies have spent millions of dollars on lobbying efforts and merger-related spending, which helped them overcome initial reservations in the UK from the Competition Commission in that country.

This week, media reports initially quoted unnamed sources speculating that the DOJ was on the verge of approving the deal, but those stories were later debunked by other unnamed sources who proclaimed DOJ lawyers were preparing the legal challenge to block the merger.

"Stockholder approval should not be confused with public approval, and the companies' bottom lines should not be compared to the public interest", said David Balto, former Federal Trade Commission policy director and counsel to the consumer and industry groups, in a statement. Several consumer groups, the National Association of Ticket Brokers (NATB) and several prominent concert promoters and venue operators have launched campaigns to persuade the DOJ to block the merger, including the launch of TicketDisaster.org.

Balto added "while this move is necessary for the companies to proceed, it has no impact on alleviating antitrust concerns or DOJ's decision in how to move forward."

Opponents to the merger have stepped up their publicity efforts to pressure the DOJ, including the California chapter of the Public Interest Research Group, which sent out a mass email denouncing the deal. In addition, NATB is also calling on its members to sign and publicize an online petition against the merger, for which it hopes to receive at least 100,000 signatures.

Bert Foer, President of the American Antitrust Institute, opposes the deal and believes it will be a strong test of the current White House and DOJ administration, which have preached more scrutiny of potential antitrust situations.

"It is the legal responsibility of the Antitrust Division to halt anti-competitive consolidations, and this remarkable consolidation of a large section of the entertainment industry presents the Obama Administration with its first highly visible opportunity to show they will be taking that role seriously", Foer said in a statement. He was among those who testified against the deal before Congress in February 2009.

Foer added that "the antitrust and consumer protection communities are watching this one like a hawk, and we have strong reason to believe DOJ will show up for this fight."

Sally Greenberg, Executive Director of the National Consumers League, which helped launch TicketDisaster.org, added, "50 members of Congress have been joined by thousands of consumers who have contacted the Department of Justice and demanded action to protect competition and choice in the live entertainment industry.

"The only parties who appear to be in favor of this deal are Ticketmaster and Live Nation, themselves. Consumers know that if approved, this deal will lead to higher prices, worse service, and fewer options for live events."