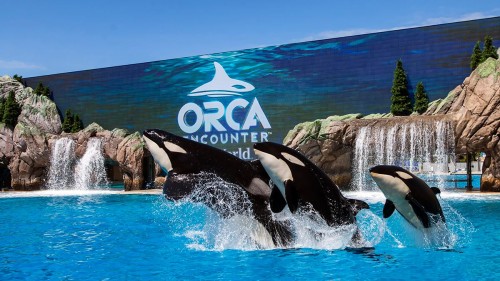 SeaWorld has made several moves in response to a backlash spurred largely by the 2013 documentary ‘Blackfish’, that raised issues about the treatment of captive killer whales.

According to SeaWorld Entertainment, the inaugural report showcases the actions it is taking to ensure the health and well-being of the animals in its care, rescue and protect animals in the wild, minimise the environmental impact of its operations and create a strong culture where employees are engaged and connected to the company’s mission.

SeaWorld Entertainment’s report said it is the world leader in animal rescue, a commitment that, together with materials, facilities and equipment, has been valued at approximately US$10 million annually.

The company report stated that in 2016 SeaWorld provided $3.5 million in cash donations to conservation organisations and local community nonprofit organizations. SeaWorld has also supported the SeaWorld & Busch Gardens Conservation Fund since its founding in 2003.

In 2016, the fund granted $1.6 million in support for wildlife research, habitat protection, animal rescue and conservation projects around the world.

SeaWorld said its parks (in Orlando, San Diego and San Antonio in the USA), Discovery Cove and Busch Gardens Tampa Bay are accredited members of the US Association of Zoos and Aquariums, reflecting SeaWorld's commitment to applying world-class standards of animal care. The company said it continues to make efforts to reduce the environmental footprint of its operations.

SeaWorld Entertainment Chief Executive Joel Manby commented “this first Corporate Responsibility Report is an important step in SeaWorld’s commitment to be open, transparent and proactive in how we engage and communicate on key issues.

“We hope it will provide a platform for ongoing conversation and feedback from our stakeholders.”

The company reported a net loss of $12.5 million for 2016, and a nationwide drop in attendance of 2.1%, while attendance at its California locations was relatively flat over the past year.

8th March 2014 - BINDI IRWIN CRITICISED FOR US LINK WITH SEAWORLD