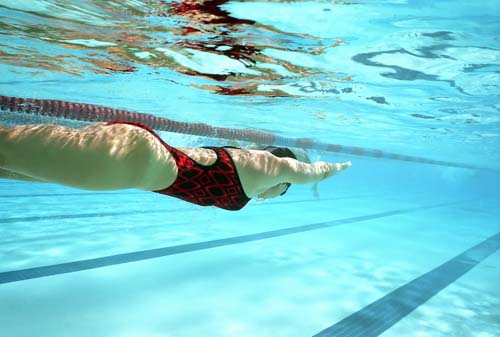 A community campaign for a 50-metre swimming pool has won the support of the City of Greater Bendigo council.

The council has agreed to include a 50-metre swimming pool in its plans for an aquatic centre in the southern Bendigo suburb of Kangaroo Flat.

Kangaroo Flat residents fought a long campaign for the plans to feature an Olympic-size pool, and presented the council with a petition containing 2,700 signatures.

The campaigners argued that a 50-metre pool would ensure the facility meets the growing suburb's long-term needs while opponents said the $29 million proposal would be too expensive and would divert funds from other projects.

Federal and state government funding will be needed for the aquatic centre to be built.

When it is completed, the existing outdoor pools in Kangaroo Flat, Golden Square and Long Gully will be closed.

Meanwhile, a survey is about to start on the Mount Alexander Shire's controversial plan to build an aquatic centre on Castlemaine's Western Reserve.

There has been strong opposition to the proposed site.

Shire Mayor Janet Cropley, said 400 people stating "it's about getting people to think through the aquatic centre and western reserve and an alternative around rebuilding the Castlemaine pool.

"Councillors want to ensure that they have information about a broad community view on this proposal."