Rugby’s link to early onset dementia is a ‘game-changer’ 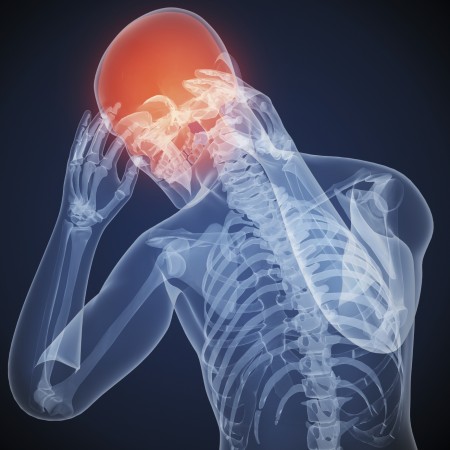 A brain injuries expert has discovered what he believes to be the first confirmed case of early onset dementia caused by playing rugby.

Dr Willie Stewart said the discovery suggested "one or two" players competing in the Six Nations every year may go on to develop the condition.

The former rugby player had higher levels than a retired amateur boxer.

The boxer had been diagnosed with dementia pugilistica - more commonly known as punch drunk syndrome - which is thought to affect up to 20% of boxers who retire after long careers.

Symptoms, which usually appear between 12 and 16 years after the boxer's career begins, can include memory, speech and personality problems, tremors and a lack of coordination.

The condition has been recognised for more than a century, and until recently had been thought to only affect boxers who suffered repeated concussive injuries through being punched in the face.

But Dr Stewart, a consultant at the Southern General Hospital in Glasgow, said: "What we are finding now is that it is not just in boxers. We are seeing it in other sports where athletes are exposed to head injury in high levels.

"Those sports include American football, ice hockey and also now I have to say I have seen a case, the same pathology, in somebody whose exposure was rugby."

The rugby player was aged in his 50s and had early onset dementia. He had a number of abnormal proteins in a section of his brain which was comparable to a young man who had suffered a "moderate to severe" head injury in an assault.

Dr Stewart said the percentage of rugby players affected was likely to be far lower than sports such as boxing, American football and ice hockey, where competitors are more likely to suffer repeated head trauma and concussions.

But he told BBC Radio Scotland's Sport Nation program: "I think on current evidence coming from American studies, from looking at American football, our historical evidence looking at boxers throughout the world, I think it would be foolish to think there will be no problem and that rugby is immune from brain damage.

"What the numbers are, what proportion of people who play rugby, how often you may have to get concussed, how long after you may develop problems, these are questions we can't answer.

"We would suspect it would be a fairly low number, but not a zero number. Let's say it is 1% of people who are playing rugby at international level may go on to develop long-term problems.

"In any Six Nations weekend that is one or two players who may go on and develop a dementia they wouldn't otherwise have been exposed to. That is a realistic number."

In the interview with BBC Scotland's John Beattie, a former Scotland rugby international, Dr Stewart said he expected other cases similar to the one he had found to emerge in the near future as more doctors become aware of the link.

Dr Stewart continued "people are beginning to think 'here is somebody with early onset dementia who may have played rugby and I've heard something about head injuries and I wonder if these are linked'.

"So there are other cases that I am aware of internationally, but this is the first complete case."

He said all sports that carried the risk of head injury - including football, horse racing and show jumping - had a responsibility to ensure athletes did not return to action too soon after suffering a concussion or other brain trauma.

Dr Stewart asked "what we are really starting to worry about now is the long term problems, the things that might happen 10 or 15 or 20 years down the line. Has that injury to the brain perhaps led to longer term damage?

"The general advice for a concussion is if in doubt, sit it out."

23rd February 2010 - Rugby League Juniors to be graded by size